Donald Trump, one of the world’s most successful businessmen and the true king of New York real estate, recently sat down with BELLA to give us an inside view to the man behind the hugely successful TRUMP brand. There is a larger-than-life perception about Trump, and with good reason –the brand Trump built is synonymous with worldwide luxury and prestige.

In fact, Trump’s property list is as massive as his personality – it includes the world renowned Fifth Avenue Skyscraper and Trump Tower, as well as many other great luxury residential buildings, among them Trump Parc, Trump Palace, Trump Plaza, and 610 Park Avenue. The Trump World Tower holds the accolade as the tallest building on the East Side of Manhattan, and Trump Park Avenue continues to set record sales prices and refine the condo industry.

Another grand notable for him: The Trump Hotel Collection’s Trump International Hotel & Tower. It is one of only three hotels in the nation to have received a double Forbes Five-Star rating for both the hotel and its restaurant, Jean-Georges. And then, of course, there are the Trump National Golf Courses & Clubs, with more than 13 locations around the world that host championship games and receive numerous awards and accolades. Trump has been hailed as “golf’s greatest builder” with the “greatest collection of golf courses and clubs ever built or assembled by one man.” 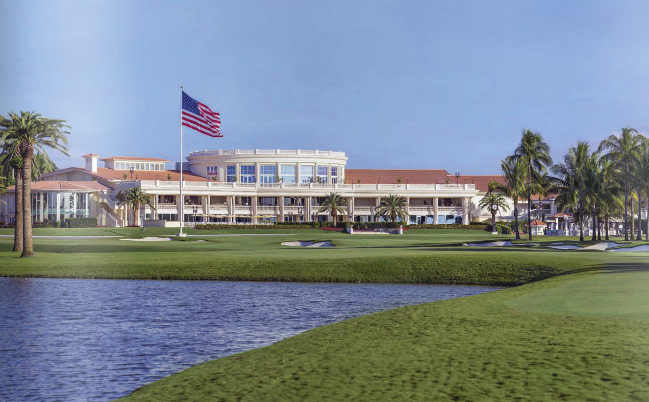 Also an accomplished author with multiple New York Times bestselling books, titles to Trump’s credit include “The Art of the Deal,” “Surviving at the Top,” and “The Art of the Comeback.”  And then there are his numerous TV personality and producer projects: the Miss Universe pageant, Miss USA, Miss Teen USA, and the Emmy-nominated reality show, “Celebrity Apprentice.”

In all he does, Trump seems to be on top of the world, enjoying every minute of the success he has created and the wonderful family with whom he happily shares it all.

To truly understand the man he is today, we must start at the beginning. A native of New York City, Trump graduated from the prestigious Wharton School of Business. After graduation, he worked alongside his mentor and father Fred Trump. They shared an office in Sheepshead Bay, Brooklyn, where they worked together for five years making deals together.

“My father was my mentor, and I learned a tremendous amount about every aspect of the construction industry from him,” Trump has said.  Likewise, his father often stated that, “some of his best deals were made by my son … everything he touches seems to turn to gold.”

Apparently, his father knew him well. But it doesn’t just stop here; the Trump brand continues to raise the bar of its peers in all areas and exemplifies the “Go Big or Go Home” mantra. With his nothing-short-of-impressive list of accomplishments and so much further growth, Donald Trump was the perfect fit for BELLA’s 2015 “Influencer Issue” cover.

Here’s a closer look at the man behind the brand, in his own words …

How do you view yourself?

We are building all over the world and we’ve built some great developments. We are doing some very exciting things now on Pennsylvania Avenue – the old post office right between the White House and Congress. And we are finishing up Doral, which is going to be called “Trump National Doral,” and home to one of the great big golf show tournaments in Miami. It is 800 acres! So we are doing a lot of work, putting people to work, and doing it all over the world.

“Celebrity Apprentice” has done fantastic, with week-to-week gains in ratings. Aside from your starring role, to what do you attribute the huge success of the show?

I think I’ve always had an eye for location. I have the ability to get the best locations, and – believe me – getting locations is an ability! People might say it sounds simple but everything I have is well located in most cases, like this building [The Trump Tower] – it is the best location and it has given me an advantage. And I know how to build; I know how to get it done. Build, and get it done, and have quality.

What is your favorite part of NYC?

I have always loved all aspects of Manhattan. I am in all areas of New York. We have a new hotel in SoHo that does great. We also have great stuff in midtown, but I think my favorite part of New York is the energy in the city itself. It’s got great energy, and the people have fantastic energy, so it’ll be more than anything else … the energy of the city.

What do you feel is your biggest accomplishment so far?

You would always like to say your family, but outside of the family I’ve built many great buildings and I own many great buildings. This was one of my first [The Trump Tower], so I always like this. I built the Grand Hyatt Hotel on 42nd Street and Park Avenue, which has been a tremendous success. I’ve built many jobs, the West Side railroad yards, which is a big one. So, it’s been great. If I had to say any one of them I would say Trump Tower because of the location and the importance and timing of doing it. It was just a great success for me since day one.

What is your biggest regret?

You always have regrets. You say to yourself, ‘Gee, if I only did this or that…” but the truth is you have to learn. Mistakes can be good if you learn from them and you have to remember to never do it again.

What is the best advice you have ever received?

What’s the best way to bounce back from a setback?

Just remember that nothing is the end of the world. When you look around and see the problems other people have, it is tremendously greater than what you have. You just have to remember that you can’t make anything so totally important, and that takes pressure off of you.

Who has been the greatest influence in your life?

I had great parents My mother was a homemaker and [she was] terrific, and my father was a builder. I would say certainly my father from the standpoint of business. I’ve learned a lot from him in one way or another, and he was really a great teacher. He built middle income housing in Queens,  Brooklyn, and Staten Island.  He was a terrific guy.

I remember in your first book, you talked about a balcony being slightly off and you made the contractor fix it … 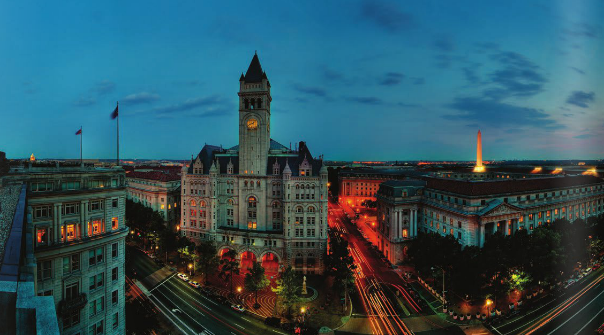 What would you say is the single most important factor for success?

To never ever give up; never quit. Now, you need to have the right idea .., but never give up.  I have so many friends who should’ve been successful and they weren’t because they quit, they gave up.

If you decide to run for president, what would be the first order of business?

Jobs are always going to be the first order of business. We’re not doing well with jobs; we have a phony account. They say we are at 5.6 percent, but the number is probably 21- 22 percent. The people who gave up looking for jobs are considered employed. I would also say replacing ObamaCare, which would happen quickly.

What is America’s greatest strength?

I think America’s greatest strength is its people. We have great people who want to see this country succeed.

Out of all the projects you have going on, what excites you the most?

The Doral – it’s called Trump National Doral. This iconic 800-acre golf course and resort is home to five championship courses, including the world-renowned Blue Monster championship. There’s also a 50,000-square-foot spa and a spectacular 700-room hotel in the middle of Miami right by the airport. And the famous Old Post Office Building in Washington, DC. We are converting it to a tremendous building, a beautiful 300-luxury room hotel. It is going to be spectacular – the Trump International Hotel. It is such a great location.

Please finish this sentence: “Happiness to me is…”

… having great relationships, great family, and health for everyone.

How do you want to be remembered?
As someone who did a good job and took care of a lot of people.

Daniel Hall is the Co-Founder and Publisher at BELLA Media Group.