Fixtures in the world of entertainment, Paris Hilton and her family are no strangers to the media. Living life under a microscope is the norm for Hilton, whose life is constantly reported on, but none of that fazes her. In fact, what many people don’t realize is that the hotel heiress is more than just a socialite born into a wealthy family. She’s also a woman with business aspirations who is following in the footsteps of generations before her, including her talented grandfather and father. 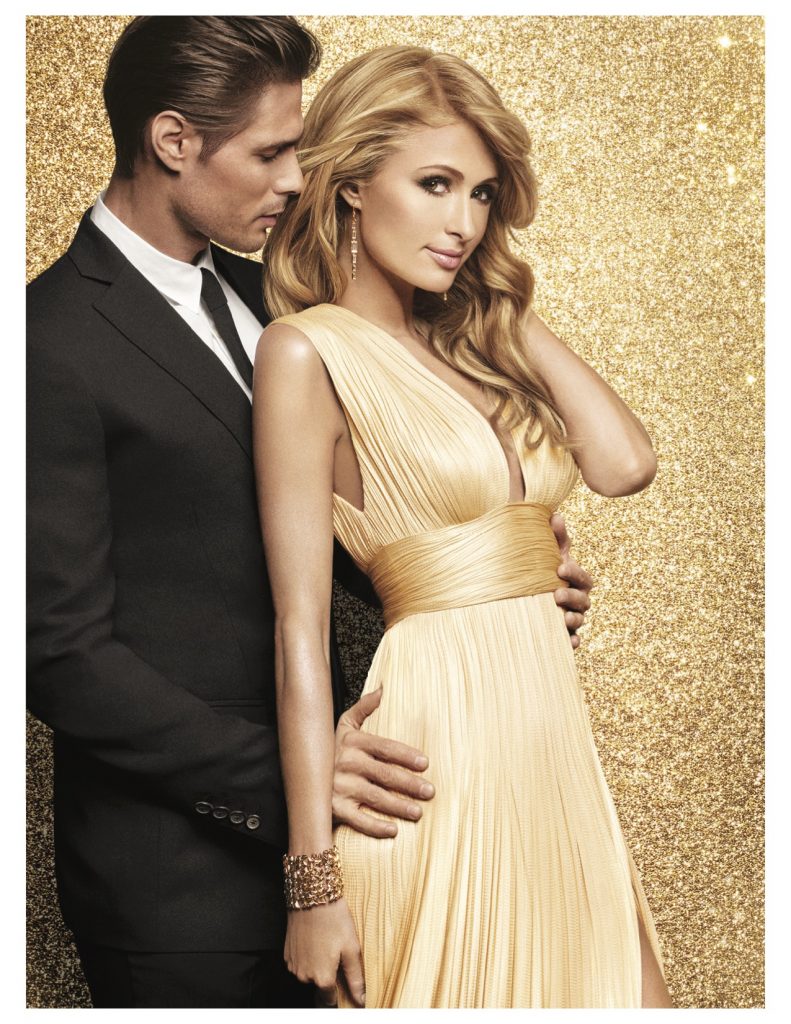 “I have incredible mentors in these men whom I’ve always looked up to, and I have always wanted to make them proud,” she says.

Hilton has earned recognition in her own right as a TV personality, singer, model, actress, author, and DJ, to name just a few. It’s safe to say that this entrepreneur isn’t afraid to take chances. “Being born into my family, I feel that entrepreneurship runs in my blood.”

Born in New York City, Hilton split her time as a child between the East and West Coasts. These days, she spends a large portion of her time traveling the world for business, and right now she considers Ibiza her third home. “I’ll be there for the next few months for my DJ residency at Amnesia,” she says.

Although she’s been playing different stages around the world for the past six years, Hilton didn’t just jump right in; instead, she hired the best people in the business to teach her the art of being a DJ. Her passion was sparked by an invitation to perform in concert, closing out for Jennifer Lopez. Hilton says she fell in love with playing on the stage and knew it was something she wished to pursue further.

“I’ve been going to Rebel [a former NYC nightclub] since I was 15 years old,” she says. “I have always loved dance music.” In 2014, she was named best female DJ at the NRJ Awards in Monaco. Though she plays many different places, Hilton’s favorite is her foam and diamonds party at Amnesia in Ibiza. “There is nothing like playing on that stage,” she says.

In addition to achieving success as a DJ, the blonde beauty released her debut album, “Paris,” in 2006, and followed up shortly thereafter with a second album. Music is one of her true passions, and her hits have topped the Billboard dance charts. She’s currently working in the studio on her next album. “I love making music.” 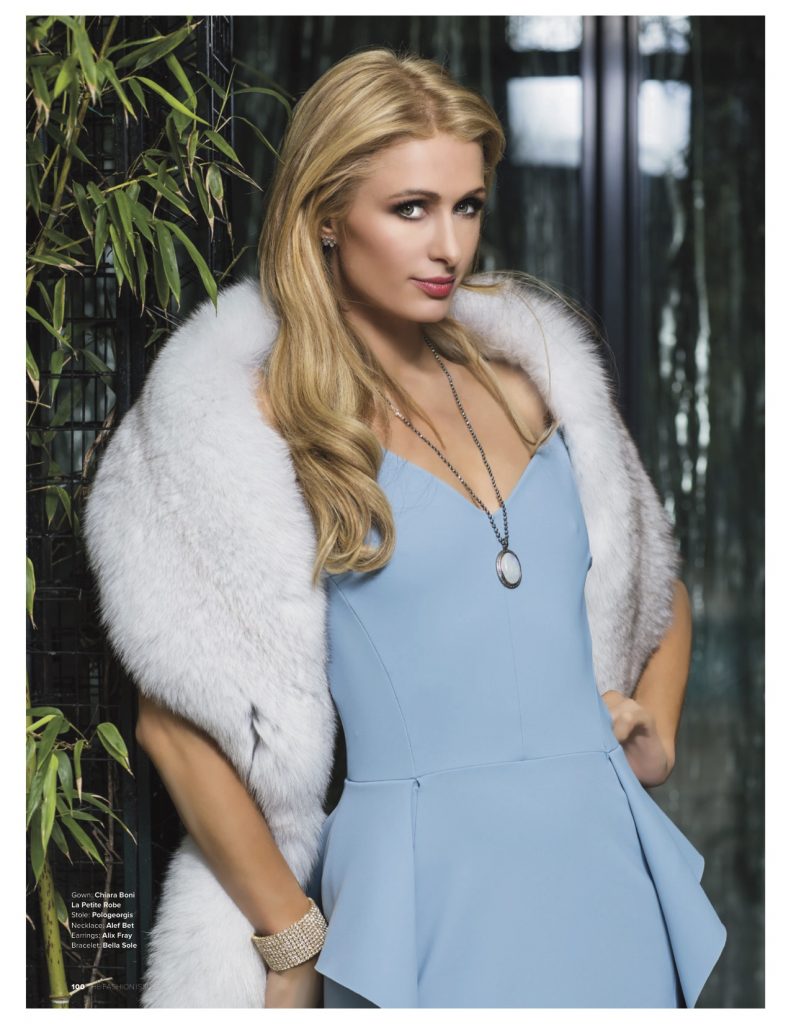 Music isn’t Hilton’s only passion, though. She also has her own fragrance line – something she’s wanted to create since she was a little girl. Her love of perfumes began when she and her younger sister Nicky would go into their mother’s boudoir, looking through all the beautiful bottles and scents. “We would have fun dressing up in her closet and spraying perfume on ourselves, and I told my mother one day I would have my own,” says Hilton. “Now I have 20 – it’s a dream come true.”

This past June, Hilton launched Gold Rush, her 20th fragrance. The inspiration behind her latest scent is the feeling you get when you meet someone new, that rush of love you feel, and that attraction that runs through your body, she says. “I want the women who wear my new fragrance to feel confident, beautiful, and sexy.”

And while Gold Rush is just hitting stores, Hilton already has plans to release her 21st scent by the beginning of the new year. With so many different scents in her collection, it’s hard to choose a favorite. “I love all of my fragrances, but right now my favorite is Gold Rush; it’s my newest one and I receive so many compliments every time I wear it,” she says. “It’s my new favorite accessory.”

As part of her growing empire, Hilton has parlayed her love of fashion and accessories into a growing business with a multitude of stores worldwide that bear her name – 50, to be exact! With everything from handbags and accessories to watches, shoes, and her fragrances, Hilton says she plans to open additional stores in the United States in the near future.

As someone who has always had an eye for fashion, Hilton’s go-to designers include Balmain, Givenchy, Chanel, Dolce & Gabbana, and Versace. She says she’s inspired by style icons such as Naomi Campbell, Kate Moss, and Victoria Beckham, and cites Beckham as someone whom she looks up to not only for her fashion sense, but also as a businesswoman. “I love her style and am impressed with the brand and the fashion empire she’s created for herself,” says Hilton.

Hilton is passionate about what she does, and says she is driven by success and a deep sense of pride in her work. “I love what I do,” she says. “I’m proud of the empire I’ve built.” 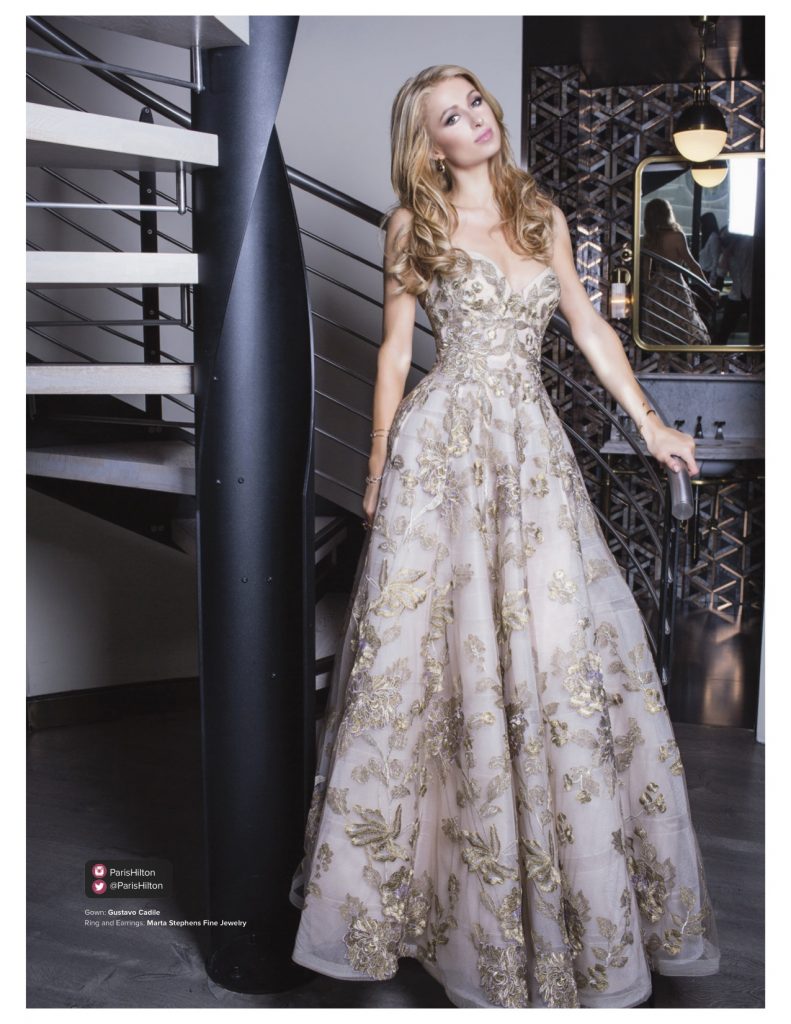 Living in Front of the Camera

Before beginning her business ventures, Hilton started modeling at a young age and signed with Donald Trump’s modeling agency when she was 19 years old. From there she began appearing in numerous TV and film projects, including a host spot on “Saturday Night Live” and roles in “Zoolander,” “Wonderland,” and “House of Wax.”

Her breakout TV role came in 2003 on the reality show “The Simple Life,” alongside best friend Nicole Richie. The show was ahead of its time, and Hilton and Richie set the tone for a genre that would eventually take audiences by storm. Leaving behind all the trappings to which they were accustomed, the girls visited different cities where they tried to live “the simple life.” Throughout the series, viewers watched as the girls performed jobs as camp counselors, fast-food restaurant servers, and farmhands, and traveled cross-country on a Greyhound bus for internships on the East Coast.

With a good sense of humor about themselves and their public personas, Hilton and Richie had fun with the show and the storylines. “It was a lot of fun traveling with my best friend, experiencing new things together, and always laughing and having a good time,” says Hilton.

In the fall of 2004, Hilton tackled another creative outlet, this time as an author. Her first book, an autobiography entitled “Confessions of an Heiress: A Tongue-in-Chic Peek Behind the Pose,” reached number seven on the New York Times best-seller list. She followed up with a second book a year later, “Your Heiress Diary: Confess It All to Me,” and has plans to write a third. “I loved writing my books and am so proud to be on the New York Times best-seller list,” she says.

While Hilton has led a very public life, there are still a few things she thinks fans would be surprised to know about her. A self-professed tomboy, Hilton loves spending time outdoors. Whether it’s fishing, scuba diving, skydiving, or surfing, Hilton definitely considers herself a daredevil. “I even played on the ice hockey team in high school,” she says. 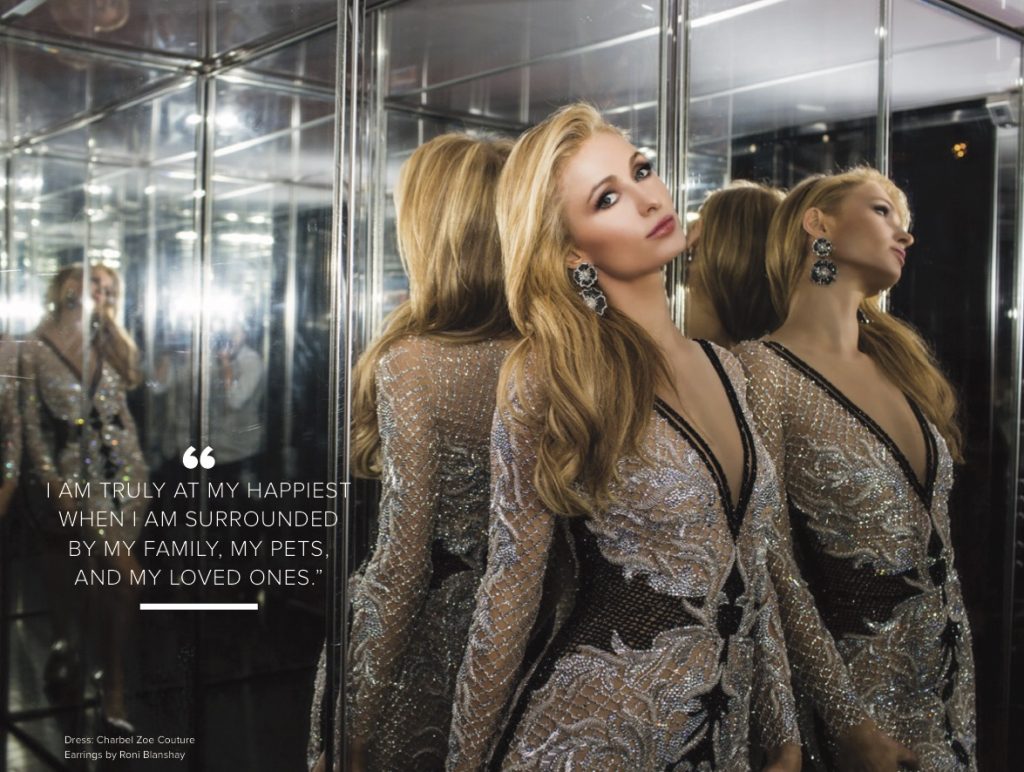 No matter what the soft-spoken Hilton tries her hand at, she knows the support of her family is ever present. She credits her parents with instilling a sense of humility in her and keeping her grounded. The oldest of the four Hilton children, she recently became an aunt for the first time when her sister Nicky gave birth to a baby girl this summer. “I am truly at my happiest when I am surrounded by my family, my pets, and my loved ones,” she says.