It’s true that the biggest stars shine on Broadway. However, in order to see the well-known names of theater up close and personal, almost 3 million people each year opt for an Off-Broadway show instead. After all, noted actors including Cynthia Nixon, David Hyde Pierce, and Ed Harris have all graced the stages of Off-Broadway theaters with their considerable talent. What’s more, such acclaimed Broadway shows as “Hamilton,” “Avenue Q,” “Rent,” “Godspell,” and “Hair” all cut their teeth on Off-Broadway stages before becoming smash hits on the Great White Way.

With seating capacities from 100 to 499, Off-Broadway theaters offer intimacy along with reasonably priced tickets and fun neighborhood locations. Widely praised for developing innovative and cutting-edge theater such as Blue Man Group, Off-Broadway artistic directors and theater managers are often at the forefront of the creative process. BELLA recently interviewed three who are making a major impact on the theatrical landscape of New York City. 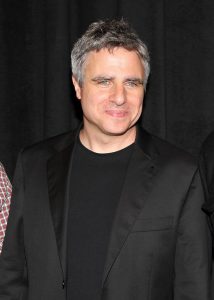 Neil Pepe, artistic director of the Atlantic Theater Company since 1992, is currently staging the world premiere of Atlantic co-founder David Mamet’s new play “The Penitent.” Pepe recently directed the world premieres of George Brant’s “Marie and Rosetta” and Kenneth Lonergan’s “Hold on to Me Darling,” the world premiere production of John Guare’s “3 Kinds of Exile” at Atlantic, and the Broadway production of the new musical “Hands on a Hardbody.” Pepe has been a master teacher at Atlantic Acting School and an associate adjunct professor of directing at Columbia University graduate film division.

Off-Broadway is the central source for new American plays and musicals in New York City. Our mission allows us to create a protected environment where artists can thrive on their own terms and produce the best work possible. This environment allows them to take risks and forge new and compelling paths. I sometimes compare it to the independent film scene as opposed to large studio pictures.

What advice can you offer aspiring actors and playwrights?

Create your own work—don’t stop hustling for great jobs, but in your downtime put together projects with friends. Get close to artists you admire, and then watch, listen, and learn. Do five things a day for your career, even if it means reading a play, taking a voice lesson, or attending a reading. Working in the theater is a gift, but it is also very hard work. Learn to relish the adventure and the challenge. 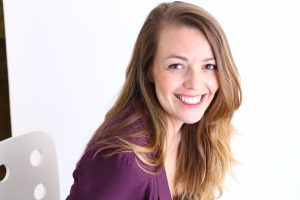 Karly Fischer is a founding member of Sanguine Theatre Company and has produced with them for seven years. Her recent credits include serving as general manager of “Shades” at Cherry Lane Theatre and executive producer of “Martin Shkreli’s Game” at the Midtown International Theatre Festival. Currently, she is working on “Sweeney Todd: The Demon Barber of Fleet Street.” She holds a master of fine arts degree in theatrical management and producing from Columbia University.

Off-Broadway has some of the scrappiness of the independent theater scene in New York City, but with a higher public profile. It’s basically a cold opening of a production to the audience and reviewers every time, so you have to know you got it right in the room the first time. That takes a prodigious amount of trust in one another and in your own abilities, and in many ways makes the stakes extraordinarily high in a take-a-breath-and-leap kind of way. The results vary, but when Off-Broadway does it right, it brings us the most innovative, thoughtful art. 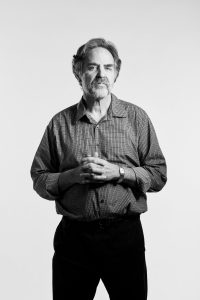 Tim Sanford has served Playwrights Horizons since 1984, and became artistic director of the theater in 1996. Notable productions during his tenure include “Violet,” “The Bubbly Black Girl Sheds Her Chameleon Skin,” “Grey Gardens,” “She Stoops to Comedy,” and “I Am My Own Wife.” Under his leadership, Playwrights Horizons received a special 2008 Drama Desk Award for ongoing support to generations of theater artists and undiminished commitment to producing new work. Sanford is a past president of the Literary Managers and Dramaturgs of the Americas, a contributor to “Dramaturgy in American Theater,” and a member of the Theatre Communications Group board of directors.

There is a much broader variety of stylistic choices in Off-Broadway theater than on Broadway. You can find challenging, esoteric work; crowd-pleasers; unconventional musicals—almost anything you can think of. But the one area where Off-Broadway excels far beyond what you can find on Broadway is new work. If you want to see a new play, you will have far more luck and far more choices looking Off-Broadway than anywhere else.

What advice can you offer aspiring actors and playwrights?

It takes a village to do a play. Figure out who you want to do it with and be part of a community. See work, read, and study. Playwriting is hard; don’t try to skip steps, and don’t do it unless you have a calling. Write plays—not screenplays or teleplays. Make art, not commerce.

Get The Inside Scoop on Hampton’s Hottest Nightclub, AM Southampton, By The Two Who Know It Best