Jamie Bernadette is a hard working actress. All one needs to do is review her IMDB. She has a number of projects in pre-production with many in post-production. She appeared in the NCIS TV series NCIS New Orleans in the episode the Asset as Callie Tillford. She was kind enough to take a few moments from her schedule to share some thoughts with me on the business, on her experiences and her projects.

Jamie, thanks for chatting with me today.  Tell me where you were born and raised.

Hello.  Thanks for having me.  I was born and raised in Kankakee, Illinois, a small town about 70 miles south of Chicago.  I wouldn’t consider it a suburb at all.  I grew up surrounded by a lot of farms.  The city has grown some since then.

What are your best memories of growing up there?

I loved going to the swimming pool with my family.  My mom was happiest in the summertime because of the warm weather. In Illinois, you really have about 5 months of warm weather and then in the winter it gets bitter cold, so we all appreciated nice weather.

You have 8 siblings, what was it like growing up in your large family?

It was never lonely that’s for sure!  It’s really wonderful to have so many siblings and all of them are so down-to-earth and warm-hearted.  We had a lot of fun growing up playing chase around the neighborhood and other games.  We were very poor so we had to be creative when it came to play, which I believe is a good thing—to be made to create rather than have everything already made there by someone else.There were a lot of happy times, and a lot of hard times.  My mom raised all 9 of us herself after my father passed away.  The oldest was 13 and I am the youngest and I was 4 months old.  She did the best that she could under the circumstances and she struggled a lot emotionally.  She almost gave us away to foster care at one point.

In the IMDB you have 11 projects in pre-production, three in post-production, and numerous films and TV shows. BY count 52 plus. What shapes your choices?

When I first started my career, I did everything that I could get my hands on to gain experience and I am very grateful for that experience.  Now I am a bit choosier. I have had the opportunity over the past few years to work non-stop. I want to be proud of every film that I do and being in an actor role, you have no say over how the film is made.  I can take all the precautions in the world when choosing to do a film, but sometimes what comes out is a surprise.  Sometimes there is no way of knowing what the final result of a film will be.

In order to help other actors who may be reading this, I’ll explain in detail.  When I am offered a role, the first thing I do now is take a look at the director’s past work.  I then look into who the cinematographer will be and watch his past work.  I also check out the producers on the film and their past work.Sometimes it is more damaging to your career to do a movie that is poor quality than it is to not do a movie at all.

I noticed a number, of what I would describe as, horror films. What attracts you to that genre?

I have absolutely loved the horror genre since I was a child.  I still clearly remember the way that I would think.  I would see a horror film and be disappointed that I didn’t audition. I was acting out movies as a child all the time, especially horror.  I knew all of the lines in “A Nightmare on Elm Street” and I was always playing the lead character “Nancy”.

As an adult, what I love about horror is the audience interaction.  You watch horror and it’s like a maze you are trying to get out of.  You are always trying to figure out what you would do in the situations and that makes it fun.  Horror is also a great genre for an actress to show her emotional range and to get to play insane characters that aren’t usually accessible in other genres. In horror, you have to emote terror, grief, anxiety, the entire gamut of emotions as believably as you can.  I just love that kind of work.

When you look at where you want to be and the type of work you want to do, what is your broad strategy?

My strategy is to try to do quality work in quality projects and to just keep going at this.  I would love to be in a TV series and do the very best films that I can do, and to do that, I plan to just keep auditioning and keep going.  There really isn’t anything else that I want to do with my life.  This is my life.  This is my purpose.  I don’t see myself ever quitting.  I believe that this is what I was born to do.

You are in a business where rejection is the norm. How do you deal with this over the years?

Rejection has gotten easier and easier over the years.  I remember when I was new at this and losing a part and being sad about it for 3 weeks.  That doesn’t happen anymore.  I’m like, “On to the next thing!”  I don’t dwell on it anymore.

Most of the time you can count on one hand the people you can consider as friends. Do you have friends who are in the business, if so, who do you count as the person who is there for you and you for them?

Yes, one of my best friends is in the business.  Maria Olsen.  Maria has about 150 acting credits under her belt.  We became close on the set of “I Spit on Your Grave: Déjà Vu”.  We had worked together before but didn’t have much time to get to know one another so it wasn’t until I Spit that we became really close.  Maria and I help each other a lot and she’s one of the best actresses I have ever worked with.  I could go on and on about how amazing she is.  I love her dearly.

How often do you travel?

This year looks like it will be a busy year for travelling.  My favorite place that I have been to so far is St. John.  The beaches are stunning, the island is small and quaint, and the water is warm.  I actually spent 3.5 months there so I have a lot of good memories there.

What is your favorite project thus far and why?

That is such a difficult question because I love so many of my projects and for different reasons.  I will say though that this film that I just finished, “Cerberus”, directed by Sean Cain, was one of my most favorite roles that I have ever played.  I played the villain and man, did I have fun with it.  The writing is really fantastic and Sean is a dream to work with.  I just loved him right away when we met.  But there are truly so many movies that I have loved.  Too many to name here.  I had a blast on “Sinbad and the War of the Furies”.  The director, who I have worked with on 3 movies now, Scott Wheeler, had me laughing all the time and so did John Hennigan (WWE’s John Morrison) I am grateful for every project that I have been so blessed to be a part of.

Your industry has been very much in focus recently at the SAG and Golden Globes. Have you had any bad experiences or close calls.

Absolutely.  9 times.  And 2 additional times that I would consider borderline, but that didn’t go as far as the other 9 times.  I also have friends who this has happened to.  This went on all the time. I have so many stories.  Some are more alarming than others.  The common denominator is that they were in a position of power and using their power to manipulate me into having sex with them by using my dreams as the dangling carrot.  I have never sold my soul to the devil to get anywhere in my career.

I am so glad this has all come to the surface and that women are speaking out and standing together.  Sexual harassment in our industry had become so NORMAL, so EXPECTED.  Thankfully, those days are OVER.

What are the causes close to your heart?

I love any cause that helps others, helps animals, helps the world.  I support the Paralyzed Veterans of America as one example.  We need to take care of our Veterans.  When I went to the Philippines, I saw children begging in the street.  I have always wanted to adopt a disadvantaged child since I was 12 years old. I feel I have always been a humanitarian.  I feel so grateful to have food, a warm bed, a home.  I hear people complain and it hurts my ears.  I think everyone should try to go to a 3rd world country at some point in their lives.  It is eye-opening and will make you really appreciate what you have.

Did you attend the SAG or Golden Globes? How do you view these award ceremonies?

I did not attend but I think they are great! It’s really nice to have our work acknowledged.  We put our hearts out there.

Some actresses have strict prohibitions against nudity, like Sarah Jessica Parker. Where do you stand on this and why?

If the nudity serves the story and is true to the character, I am fine with it.  If the nudity feels exploitative and dirty to me and pointless, then I don’t do it or I talk to the director and we agree on a different choice.  It just all depends on the script.  There is nothing wrong with the naked body, but there can be something immoral and indecent about the way it is portrayed.

So my message to any aspiring actress reading this is:  You don’t need to take off your clothes to be liked or be successful.  You really don’t.  Do good work consistently and people will notice.  Your talent is more important than your body.

By Robert M. A. Hicks 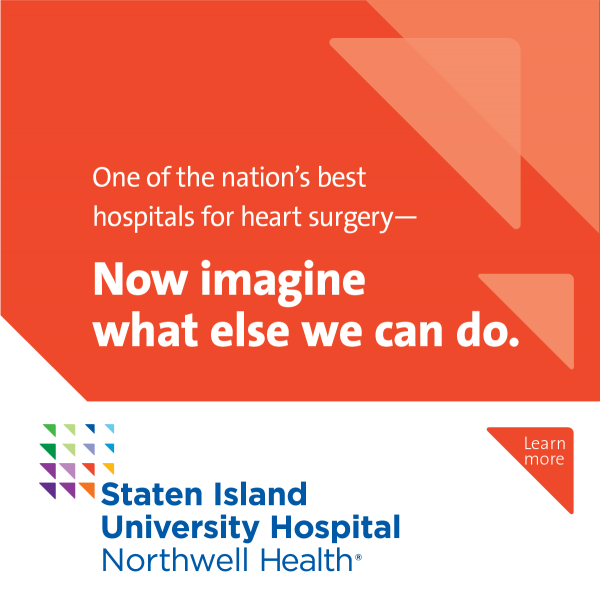 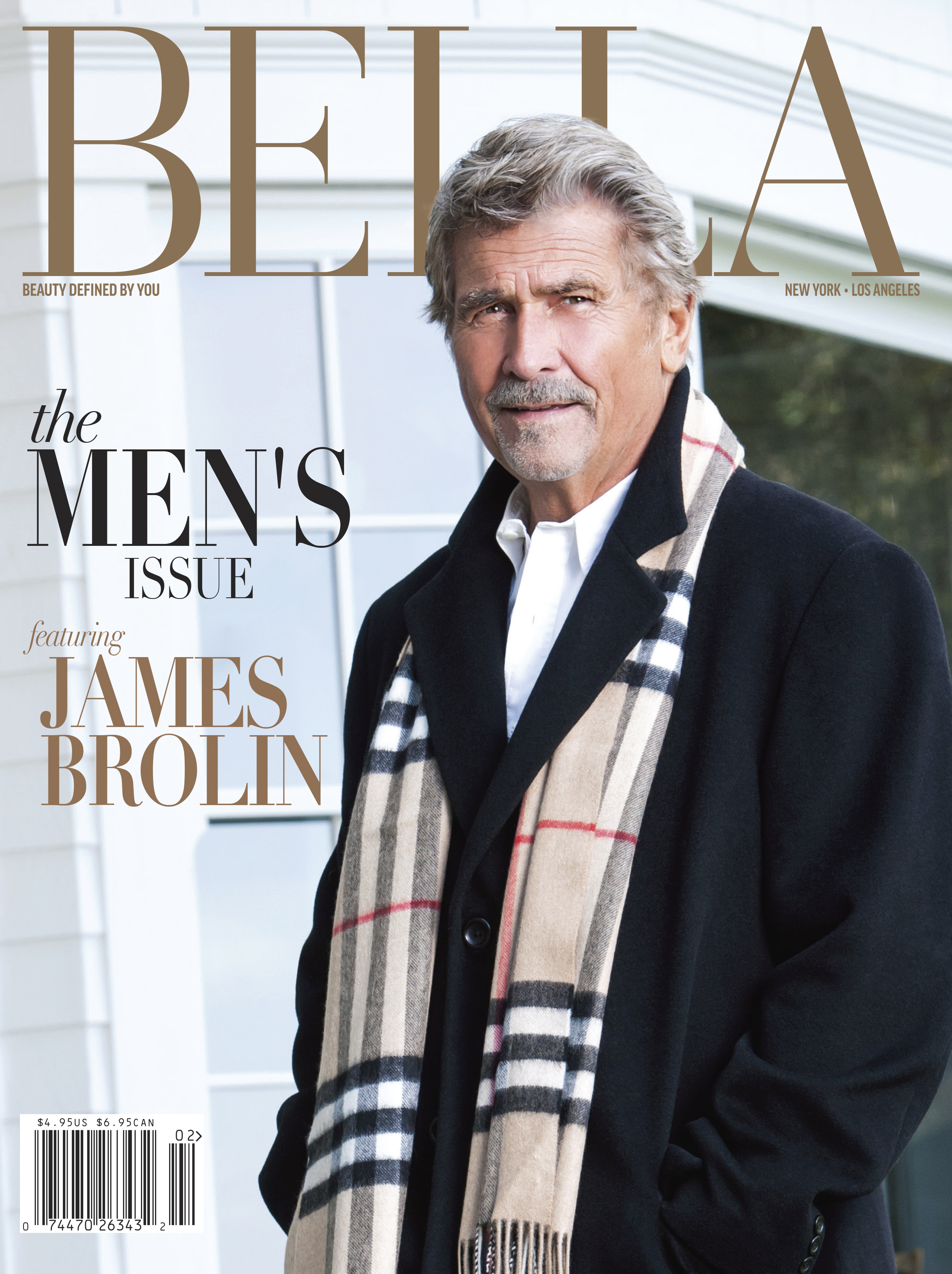