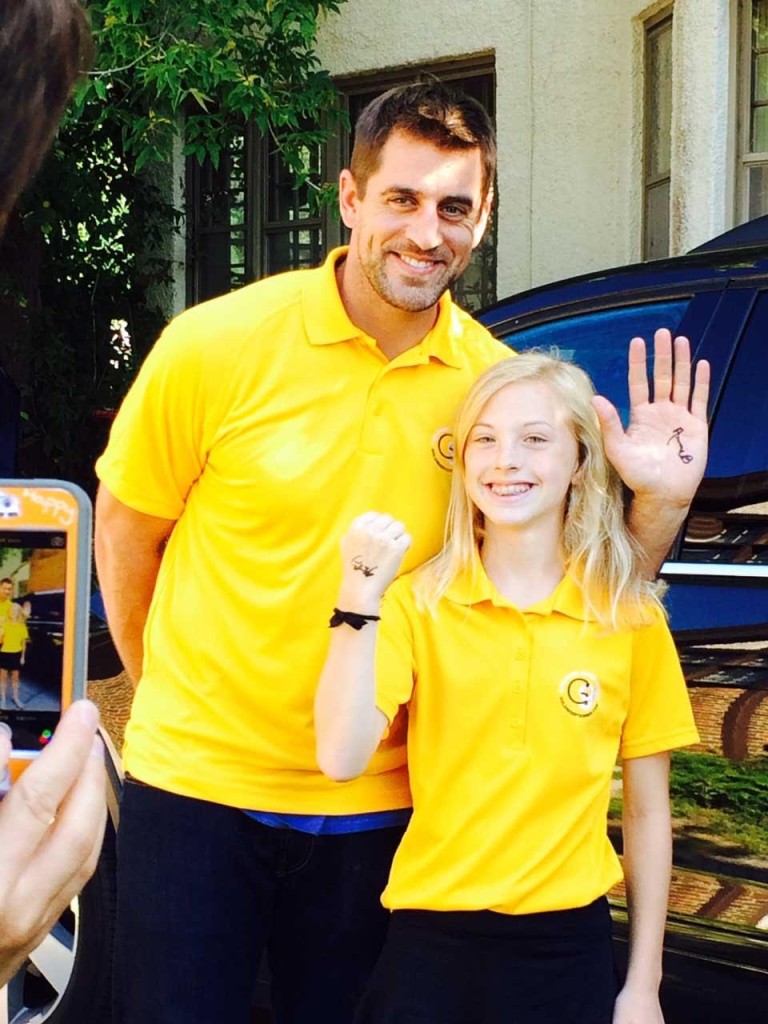 It started in 2012, with a question asked by an eleven year-old. Annie Bartosz asked her mom why everyone knew that pink and October were the color and month for breast cancer awareness, but no one knew that gold and September were for childhood cancer awareness.  Her mom didn’t have an answer, and Gold in September™ was born.

Bartosz created Gold in September™ after watching her twin brother, Jack, battle cancer for seven years.  With Jack’s passing at the age of ten, Bartosz turned her grief into action.  She became determined to turn the world gold in September, with gold and September being the nationally recognized color and month for childhood cancer awareness.

Childhood cancer statistics are staggeringly powerful, including the following:

The Gold in September™ mission is powerful in its simplicity – to raise awareness, create hope, find cures and defeat cancer.  G9 supports every child everywhere by uniting all the foundations, organizations, hospitals and people wanting to make a difference.

With the help of their supporters, Gold in September will be raising childhood cancer awareness throughout the month of September. The following is a list of activities lined up for September 2015:

“I believe my brother would be proud of me, and though he may not be by my side, he will be in my heart forever.  I believe in Gold in September™,” says Annie.