Forevermark, the diamond brand from The De Beers Group of Companies, embarked on a new project to explore and celebrate the rich symbolic meanings of holding hands.  The #HoldMyHandForever exhibit was unveiled at an event party on Monday, November 17 at Highline Stages in New York City. The exhibition is open to the public on Tuesday, November 18 from 10 am to 7 pm free of charge. 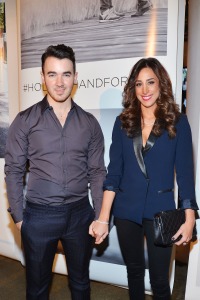 Among those who came out to celebrate, a glowing and pregnant Coco Rocha dressed in Forevermark diamonds, and her husband James Conran. The soon-to-be parents snapped photos looking oh-so-in-love, and Coco shared on her instagram with #HOLDMYHANDFOREVER. New parents Kevin and Danielle Jonas had a parents night out and gushed about their new addition seven-month-old Alena Rose. Kevin and Danielle ran into fashion photographer and TV Personality Nigel Barker and his wife Cristen, and Kevin immediately took out his phone to show off photos of baby Alena Rose. Danielle also hinted to Kevin that a Forevermark diamond bracelet is on her holiday wishlist. Other guests in attendance included models Shaun Ross and Diandra Forrest who struck a pose at the social media station. Newlyweds HollywoodLife reporter and TV personality Chloe Melas and restauranteur Brian Mazza were also in attendance as well as model and Real Housewife, Kelly Bensimon. 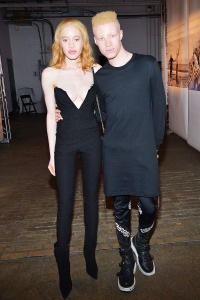 Throughout time, holding hands has remained one of the most instinctual and powerful ways of communicating positive emotion and reflects a unique and intimate promise. Forevermark believes in the power of promises; from its promise of beautiful, rare and responsibly sourced diamonds, to the unspoken promise that connects two people when they hold hands. 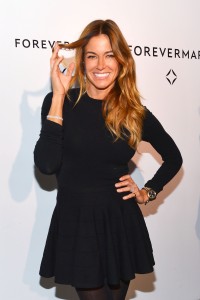 In an exhibition curated by Wendy Perron, author of Through the Eyes of a Dancer and former editor-in-chief of Dance Magazine, the project features dance artists who are partners on and offstage in photographic stories that illustrate their personal and artistic interpretations of holding hands. The featured artists include: Tiler Peck and Robert Fairchild (principals at New York City Ballet), photographed by Matthew Karas; postmodern icons David Gordon and Valda Setterfield, photographed by Paula Court; New York City’s premier hip-hop couple Kwikstep and Rokafella, photographed by Julieta Cervantes; and Kirven Douthit-Boyd and Antonio Douthit-Boyd (leading dancers with Alvin Ailey American Dance Theater), photographed by Matthew Karas.

“As a leader in the diamond industry, Forevermark believes strongly in supporting experts in their own field,” said Forevermark US President Charles Stanley. “Following a successful collaboration with Liam Scarlett and his Promise pas-de-deux last year, we are excited to continue supporting the dance community and exploring the meaningful ways in which they interpret hand holding.”

Forevermark’s #HoldMyHandForever social media project leads up to the 2014 Holiday Season, a time when promises are particularly relevant. Users are encouraged to rediscover the powerful gesture of holding hands and the promise that it symbolizes in their own relationships by sharing their images and stories by using the hashtag #HoldMyHandForever. 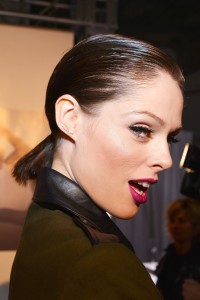 The evening also included a presentation of the Forevemark Exceptional Diamond Collection, a selection of some of the most exquisite diamonds in the world. The collection represents the pinnacle of the Forevermark promise: some of the earth’s most magnificent creations, in carat weights that demonstrate just how magical and stunning nature’s beauty can be. Few diamonds will ever reach this echelon.

Take Advantage of The BELLA Getaway from Ocean Place Resort!

Looking For Relaxation? Why An Extended Vacation In Costa Rica Could Do You The World Of Good