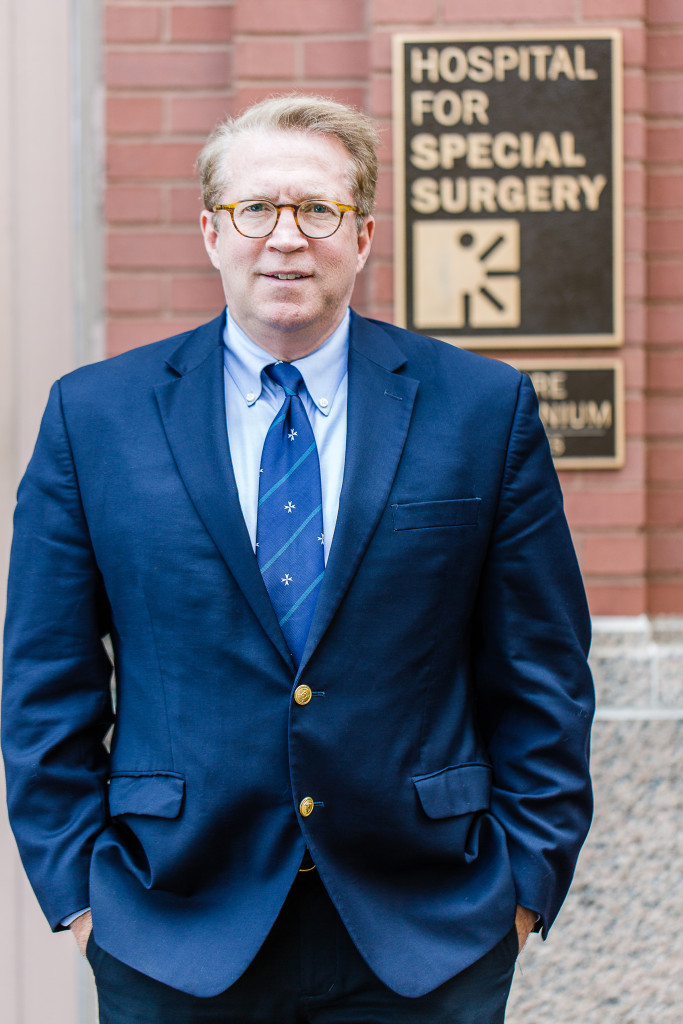 A leader in the field of medicine, Dr. Michael J. Maynard has been working with patients for the past 24 years, bringing them his expertise in the field of orthopedics. “I see myself as someone who is here to help people maximize their enjoyment of life,” says Dr. Maynard. “I like the idea of bridging people from young to old and taking them through the continuum of care.”

The oldest of eight children, Dr. Maynard grew up in Rhode Island, where medicine was not on his mind. Summers were spent at the beach and on the water, partaking in activities such as swimming, sailing, boating, and clamming. “I was really tied to the sea,” he says.

Because he lived in New England, Dr. Maynard was surrounded by a large Navy presence. Influenced at a young age by the naval officers he admired, the future M.D. made the decision to attend the U.S. Naval Academy at Annapolis. “I wanted to serve my country, and I felt the best way to do it would be as a naval officer,” he says.

After graduation, Dr. Maynard served six years active duty: his first tour was as a junior officer on a ship homeported in Pearl Harbor, the second tour as a missiles officer on a cruiser homeported in San Diego. For his last active duty assignment, he was off to the Massachusetts Institute of Technology (MIT).

“Every couple of years the Navy searches the fleet for someone who can get accepted as a grad student at MIT to go to ROTC [Reserve Officers’ Training Corps],” says Dr. Maynard. He was accepted into the prestigious school’s mechanical engineering program, where he taught celestial navigation and marine engineering to naval ROTC students from Harvard, MIT, and Vassar College while he pursued his own studies.

It was during this time that Dr. Maynard became fascinated with the emerging field of bioengineering, so he made the decision to leave the Navy for a career in medicine. “I did take the med school prerequisites as a sort of hedge against the future even though I thought I was going to be an admiral in the Navy,” he says.

Dr. Maynard’s decision to attend medical school in New York was born from an experience he had while still at MIT. He was first introduced to the Big Apple as a participant in the NYC marathon. “Being from Rhode Island, we had always driven around the city but never through it,” he says. “By the time I ran the marathon, I had already visited other great cities such as Paris, Tokyo, London, Hong Kong, and Singapore, so I thought it was time I came to New York.” He applied and was accepted to Cornell’s medical school.

“When I started med school I had no idea what branch of medicine I would be in; I just knew I wanted to do something that had close ties to engineering,” says Dr. Maynard. An athlete throughout high school and at the Naval Academy, he was involved in sports like wrestling, football, and rugby. A knee injury led to orthopedic surgery, and he admired the surgeons who took care of him. “At the time I thought, ‘This is great; someone can give me back the use of my knee,’” says Dr. Maynard.

Attracted by the work of taking care of people, Dr. Maynard focuses on providing “quality of life” as opposed to dealing with “life and death.” And while there are areas of orthopedics that deal with life and death, such as muscular skeletal oncology and trauma, his area is completely elective, working with patients to help achieve their desired level of comfort. “I take care of both athletes and people whose joints have worn out over time from athletics and everyday life.”

In addition to his practice on the Upper East Side of Manhattan, the well-regarded doctor is affiliated with the Hospital for Special Surgery. Over the span of his career, Dr. Maynard has been the chief of orthopedics at other hospitals in addition to his private practice. An expert in his field, he also has an academic appointment at Cornell’s medical school, teaching residents, medical students, nurse practitioners, physician assistants, and other surgeons who go there for training. He has also taken his teaching overseas to countries such as Ghana and Turkey.

“When it comes to educating others, it’s about leveraging my knowledge and experience and the teaching that has been passed down to me from other great surgeons and sharing it with others,” says Dr. Maynard.

With his love for sports, Dr. Maynard served as the team physician at both Marist College and Vassar College for many years and has treated athletes in all levels of competition, including Olympic and professional. Marist College even dedicated its athletic training facility as “The Michael Maynard Centre for Sports Medicine,” a distinction the doctor calls an “honor.” And while he’s passed the title of team doctor to another medical professional, Dr. Maynard is still a consultant at Marist. “Whenever they have a particularly difficult problem they’ll still ask for my assistance,” he says. “I’m still their godfather.”

While most surgeons focus on one specific area, Dr. Maynard is one of the few worldwide who focus on shoulder, knee, and hip, as well as other sports-related injuries. “I have a special interest in the aesthetic optimization of surgical scars,” he says. He plans and executes the actual incisions to minimize the appearance of scarring, and is well known for that focus among patients.

Coining the term orthoplastics, Dr. Maynard is in the process of developing techniques and processes that are unique in relation to the cosmetic optimization of the surgical incisions. “Nobody else has really done these,” he says.

In conjunction with other specialists like dermatologists and plastic surgeons, his plan is to bring doctors into collaboration for patient care. “This is an emerging field, and while I am one of the only ones pursuing it so far, I think it might catch on,” says Dr. Maynard.

A true success in the world of medicine, Dr. Maynard is humble when he defines what the term means to him. “It’s just the validation of my patients saying thank you – that, to me, is success,” he says. “It’s gratifying to see them get back to the life they love.”

With a true passion for his work, Dr. Maynard has always stayed out of the financial aspects of medicine. “I’ve never known or wanted to know what the economics of the situation were, or what I was going to get paid for something,” he says. His decisions are based on what is best for his patients, not for the reward it will bring him. From the first day he went into practice, he made a commitment to never recommend an operation that he wasn’t absolutely convinced was going to be beneficial. “That has been a guiding light for me,” he says.

Dr. Maynard says he looks forward to expanding the practice of orthoplastics and doing research in this area to legitimize the reproducibility and demonstrability of the benefit to his patients. Always working to ensure the very best for his patients, his legacy will live on in the world of medicine. “I’d like to be remembered for training many orthopedic surgeons who see people like them and try to maximize the enjoyment of life!”

Connect with Dr. Maynard on social!