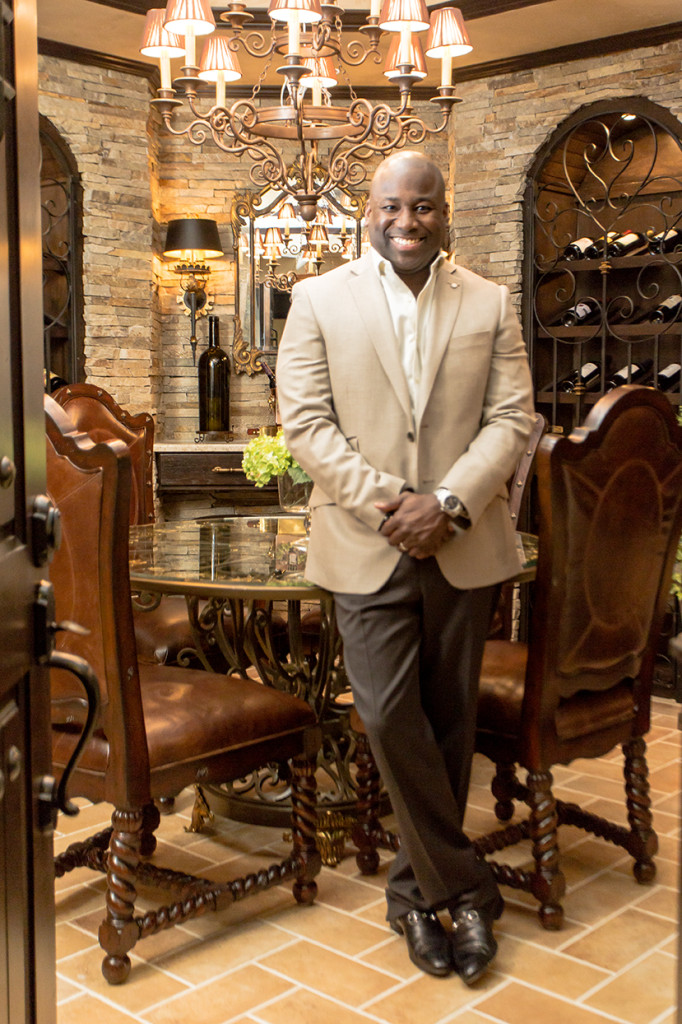 A doctor with a passion that extends far beyond his practice, Dr. Didier Demesmin, M.D. is a man who embraces every aspect of life. Humbled by his beginnings, he doesn’t take for granted his successes, instead he has made sure to give back to those less fortunate and help guide the students and children who look to him as a mentor.

Born in Union County, NJ, Dr. Demesmin spent his childhood and most of his teen years living in Haiti, a country in which his family originates. “I come from a large, extended family and my parents wanted me to learn my culture, the language, and attend school there,” he says. When it came time to go to college and medical school, it was his parents’ vision that their son would come back to the United States.

“Caribbean families are big and I grew up with not only my siblings [which included a sister and two brothers], but cousins as well,” says Dr. Demesmin. Growing up in a neighborhood where everyone lived close by [his family lived with his grandparents], there was always someone around. From playmates to babysitters, family was at the center of everything.  “It was a positive experience growing up with family all around me,” he says.

One of 12 doctors in his family, Dr. Demesmin comes from a long line of scholars both in the field of medicine and politics. While his sister is an attorney, he says he always knew he wanted to attend medical school. “Medicine always attracted me; I knew I wanted to do something where I could provide the most impact.”

Since education was such an important factor in the Demesmin household, the good doctor cites his mother’s brother as someone who has made a big impact on his life. Despite starting out his medical career in obstetrics and gynecology, the former OBGYN chose to switch his field of practice because of his uncle’s influence. “He is an anesthesiologist and I chose to follow in his footsteps,” says Dr. Demesmin.

His decision to pursue pain medicine was in large part due to the fact he watched his mother, who was dying from cancer, suffer with pain. It’s also why he works often with cancer patients who are exposed to pain early on.

“One of the rewards is hearing a patient tell you she is pain free while going through chemo. It’s a good feeling knowing you are able to help someone with one aspect of their life.” 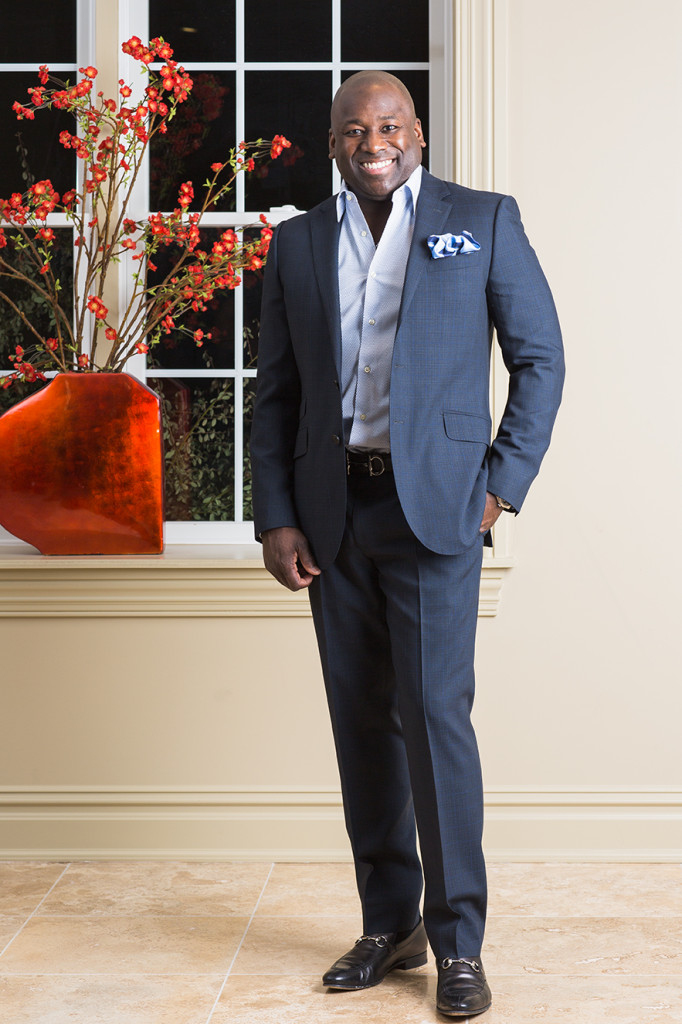 Now an Interventional Pain Medicine Specialist who is Board Certified in Anesthesiology and Pain Medicine for the past 10 years, Dr. Demesmin is helping others live a more pain-free life.  “Pain impacts all aspects of life, including one’s dignity, and it’s my job to help those affected live a pain-free existence,” he says.

It’s been noted, he says, that patients who have less pain throughout their care live a bit longer than those who are suffering. Oftentimes patients with cancer are given medication to help alleviate the pain but the side effects make it difficult to get out of bed and live life to the fullest. Dr. Demesmin and his team perform minimally invasive procedures that help relieve the pain so a patient no longer has to rely on medication.

Another advantage to the procedures he performs is that patients who might not necessarily need major surgery or qualify as a surgical candidate have another option. With a systematic approach, Dr. Demesmin devises a plan of action for each individual in both diagnosing the pain and the best way in which to treat it. Individualized care and treatment is something on which he prides his practice. “I learned early on that medicine is not a right, it’s a privilege.”

Highly respected in his field, Dr. Demesmin says the greatest honor comes from the recognition of his peers. “It’s the biggest compliment when a fellow doctor sends someone closest to me. I take that very seriously,” he says.

In a family full of intellectuals, it’s only natural you’ll find a bit of healthy competition. Always eager to learn, Dr. Demesmin is constantly thinking of ways in which he can do better and contribute to human life. The answers, he says, lie within the research and teachings he performs within his field.

Voted New Jersey’s Top Doctor for the last five consecutive years, Dr. Demesmin is at the forefront of his field. In addition to his private practice (he maintains offices in both NYC and NJ), he is the medical director of both the Physical Medicine and Rehabilitation Department and the Sports Medicine Institute at Saint Peter’s University Hospital, where he also serves as Director of Pain Medicine Services. In addition, he is an assistant professor at his alma mater, Robert Wood Johnson (RWJ) Medical School at Rutgers Biomedical and Health Sciences, where he contributes to an annual scholarship given to disadvantage students enrolled in the fellowship program.  He’s also in the process of working on a new scholarship in honor of his late mother, Nicole Demesmin, for underprivileged students aspiring to pursue a career in the health care industry.

As an alumnus of Rutgers, Dr. Demesmin credits ODASIS (The Office for Diversity and Academic Success in the Sciences), an academic support group within the Division of Life Sciences at Rutgers, for helping him achieve his dream. He sais that ODASIS factored positively into his academic and professional journey, which is why he’s still so deeply involved with the program, offering students educational guidance and emotional support. “Even though I came from a large family of doctors, I still needed guidance.”

He is extremely proud of the Sports Medicine Institute and the work they are doing in bringing awareness to the growing epidemic of sports related concussions in children. Started over a year ago at St. Peter’s University Hospital, Dr. Demesmin says he is seeking to educate communities on what he believes is a big problem in sports in America. The clinic strives to have evaluations done on all children preparing to play sports so that baseline information is on file in the event it’s needed. 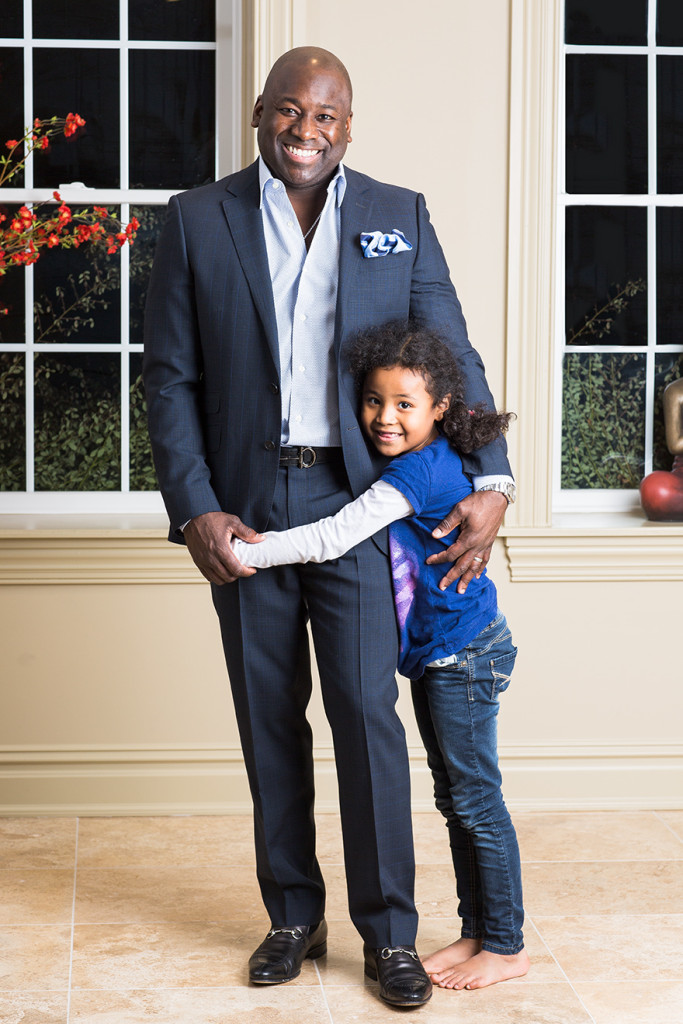 “Sometimes you can have a concussion and not even know it,” says Dr. Demesmin. “Now we can immediately identify the symptoms and eliminate the chance for a misdiagnosis.”

A big sports fan (he treats a number of professional athletes),Dr. Demesmin is also involved with the student-athletes at Rutgers, providing guidance and support through mentoring. Those considering a career in medicine shadow him and his staff for a first-hand look at what it’s like to work in the medical field. “As an alumnus, I feel it’s important to give back and be a role model for the next generation. I love that I can help them,” he says.

Dr. Demesmin’s reach in giving back extends to his involvement with the New Jersey chapter of the  Association of Haitian Physicians Abroad (AMHE) as well. This organization of Haitian physicians fosters professional alliances and promotes the health and interest of the Haitian immigrant community.

“We do a lot of fundraising for Haiti and are currently in the process of building a school,” says Dr. Demesmin. The chapter has also raised money for the education of children in Haiti by paying teachers’ salaries, buying books and ensuring students have the necessary tools to succeed. “These kids are the future,” he says.

With a huge heart and a dedication to helping others, it’s clear that the lessons instilled in his past have had a lasting effect. Dr. Demesmin cites both his mother and grandmother as huge influencers in his life, saying he learned at a young age to never take anything for granted and give to those less fortunate. “I learned early on that you are no better than someone else, you just might have better opportunities,” he recalls. Growing up in a humble and loving family is what he says has made him the man he is today.

Now a father to two young children, ages 11 and 6, Dr. Demesmin is passing down the lessons that were imparted on him as a young boy. “I want my kids to work hard, never take anything for granted, and know that nothing comes easy – you have to earn it.”

Although he is from a well-known family in Haiti, Dr. Demesmin has set out to build his own legacy here in America. “I want to be remembered as someone who cared about medicine and human life, worked hard, and shared what he had with others!”

Take Your Vacation to New Heights