Need to know what the restaurant of the moment is? Looking for the hippest late night haunts?  Ready to jet set but need to know what’s new and now before you land? Or maybe you’re plain sick of that boring gym routine? Well, fret no more because our Culture and Travel Editor Gwen Wunderlich-Smith keeps you one step ahead of the latest and greatest happenings in New York City and beyond. 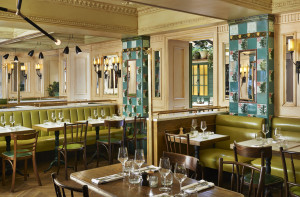 A one-time haunt of beatnik writer Jack Kerouac, new French-Mediterranean café Margauxis the place to rub shoulders with the likes of designer Oliver Theyskens, model and singer Sky Ferreria, Marc Jacobs muse Rachel Feinstein and Lauren Bush. Not more than 2 months old, it hosted a slew of Fashion Week bashes including one for designer Prabal Gurung. Created by prolific hotelier Sean McPherson, the man behind The Bowery Hotel, The Waverly Inn, The Maritime and Jane, Margaux boasts beautiful old-world décor and cocktails named after Beat icons. Nestled in the back of McPherson’s Marlton Hotel (once a former New School dorm), it feels like an inn on a Parisian side street. Co-executive chefs Michael Reardon (Napa’s Tra Vigne) and Jeremy Blutstein (Montauk’s Cow’s Nest) serve changing, seasonal, Mediterranean fare. What’s on the menu? Dishes such as rotisserie chicken with urfa biber and pastas like squid-ink bucatini – all made in house. 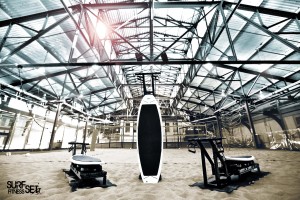 SURFSET Fitness Classes at The Sports Center at Chelsea Piers

Montauk party season is just around the corner and what better way to get beach party ready than with SURFSET fitness classes at The Sports Center in Chelsea Piers? Revolutionary, challenging and unique, it’s a total body workout that builds balance, core strength, stability, agility, power, lean muscle and coordination. SURFSET mimics the real movements in surfing so there’s no isolation in muscles here. Just imagine combining the benefits of yoga with cardio but a whole lot more fun. Go online fora full schedule of classes. 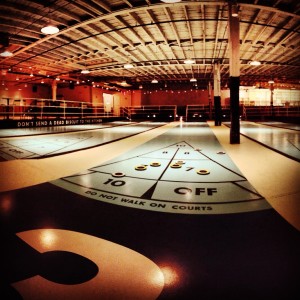 Who would’ve thought the pastime of Floridian retirees would ever be for the young and beautiful hipsters of New York? Welcome to Royal Palms Shuffleboard Club, Brooklyn’s first shuffleboard-themed bar located in a refurbished 17,000-square-foot warehouse. Decked out in full 70’sPalm Beach glory, 10fully equipped shuffleboard courts, palm trees, park benches, and flamingo wallpaper take you down a nostalgic vacation of an evening. Tropical cocktails topped off with straw twists and paper umbrellas complete the poolside vibe. The food is just as casual, provided by food trucks that drive straight into the space. Lobster rolls, anyone? 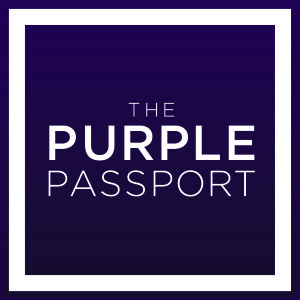 For the girl who only travels in style, The Purple Passport is a web-based tool to keep your fingers on the pulse of your favorite destinations. With travel tastemakers in Los Angeles, New York, Palm Beach, Washington DC, London, Paris, Beijing and Tapei, you’ll be in the loop as soon as the plane hits the runway. The site provides a wide range of urban travel needs, from creating an itinerary to share with your friendsto reserving hotels. You can rest easy knowing a Purple Passport team expert individually visits each spot reviewed on the site. Think of it as your personal travel companion everywhere we go. 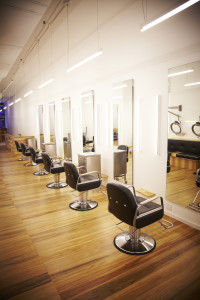 Before hitting Margaux, be sure your hair is ready for the star studded crowd with a haircut or blow out at Cut with White, the new salon of top hair stylist Rheanne White. What was once a former gallery in TriBeCa is now where celebrities such as Lena Dunham and Lake Bell get picture perfect locks. With over 15years of experience snipping and styling away in major fashion editorials for clients like Elle and J.Crew, White works hair wonders whether you’re hitting the red carpet or hitting the town.