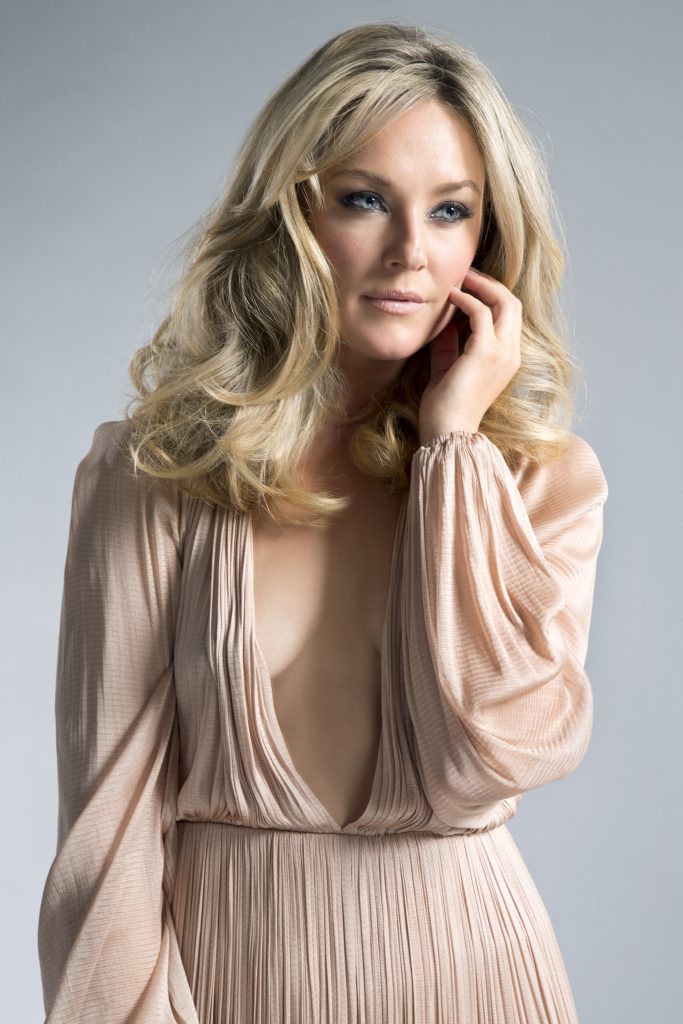 Elisabeth Röhm gives her fans more than just big screen appearances this summer. In addition to the two David O. Russell films she recently appeared in, Röhm has worked tirelessly to give audiences a diverse terrain of television, streaming, and film roles this summer. Such roles allow her to cover all genres from quirky comedy, lighter fare, to suspense and drama.  From her signature role as Law & Order’s Serena Southelryn, Röhm has become a seasoned actress able to capture the hearts of viewers in her recurring roles on Jane the Virgin, Hawaii Five-O, and season 2 of Netflix’s Flaked. Next month she will return to the familiar territory of crime drama, but this time as Mark Harmon’s partner on the #1 rated show, NCIS.

Acting for a Cause

In the midst of her thriving career, Röhm has devoted time to special projects- movies that needed a voice. Her appreciation and devotion to the LGBTQ community is demonstrated not only by the role she takes on, but also by the support and contribution she extends beyond the role.

After her involvement with Live Is All You Need, a film that highlights the issues of bullying, harassment, intolerance, and the rights of children in unconventional families within the LGBTQ community, Röhm became a straight female spokesperson. She has been commended for her work on Law & Order and Jane the Virgin, where she came out as a lesbian.

BELLA had the chance to chat with Röhm who wooed us with her sincerity and passion!

What are some of the things you do to get into character?

Its very particular for each character. Sometimes its shadowing a real person; sometimes its just learning an accent. Its placing yourself in a specific reality and time, and you must inundate yourself with that person and their world. For instance, in American Hustle, I really never broke character at work in order to stay focused.  On shows such as The Last Ship and Law & Order, I always went right to the source to learn a specific skill set.

As an actor, activist and mom, how do you define beauty?

I’ve always believed that beauty is simply being a person of integrity.  The journey of discovering how to truly be a fair, moral and honest character is fascinating and beautiful.  Learning one’s authenticity of self is also applicable to parenting on so many levels.  Ultimately, self-awareness and integrity are the compasses that we use to direct ourselves in every way, especially if we want to make a difference in the world.

What other roles would you want to dive into and how would this help you stray from your comfort zone?

Many of the characters I’ve played have taken me out of my comfort zone, and that’s the place that I want to be in at all times.  In terms of looking forward to other characters – I want more of the same.  I enjoy taking leaps of faith and playing people that intimidate me and inspire me to grow.

Are you currently working on any new projects?

I currently have Flaked out on Netflix, and I’m also looking forward to revisiting my character on NCIS.  In addition, I have a movie in the theaters this summer called Wish Upon, as well as Once Upon a Time in Venice, starring Bruce Willis and John Goodman.

Tell us about your upcoming roles in The Magnificent Room and Con Man.

The Magnificent Room is an inspiring story, and I’m a huge fan of Shelby Lynne.  It’s about a musician and her journey to reaching her dreams, and I play one of her managers. My own manager, Michael McConnell, personally inspired me because my character was one of the few that truly cared and had the artist’s best interest at heart.  In essence, the movie details the machine that it takes to make an artist, as well as ultimately destroy her.

How do you apply philanthropy/giving back to your everyday life?

Giving back encourages your child to be a giving person, and it inspires them to help organizations that mean something to you.  I am a huge advocate for environmental awareness and making sure that your footprint is under control.  I notice often how it affects my daughter’s choices as well.

Your first two books were a huge success!  Any plans for a third?

At the moment, I’m working on publishing a children’s book that I wrote with my mom and daughter called The Christmas Lion.  I’m also exploring writing a couple different screenplays.

How has being a mother changed your perspective on life?  How has it enhanced your career?

I think I’ve always been a pretty positive person.  When you have a child, your sense of renewal, rebirth and eternal optimism has to be in check because you have to be the great enthusiast in THEIR life.  Even when things are challenging, being a parent encourages you to be your best self for your child’s sake.

In LOVE with Slovenia