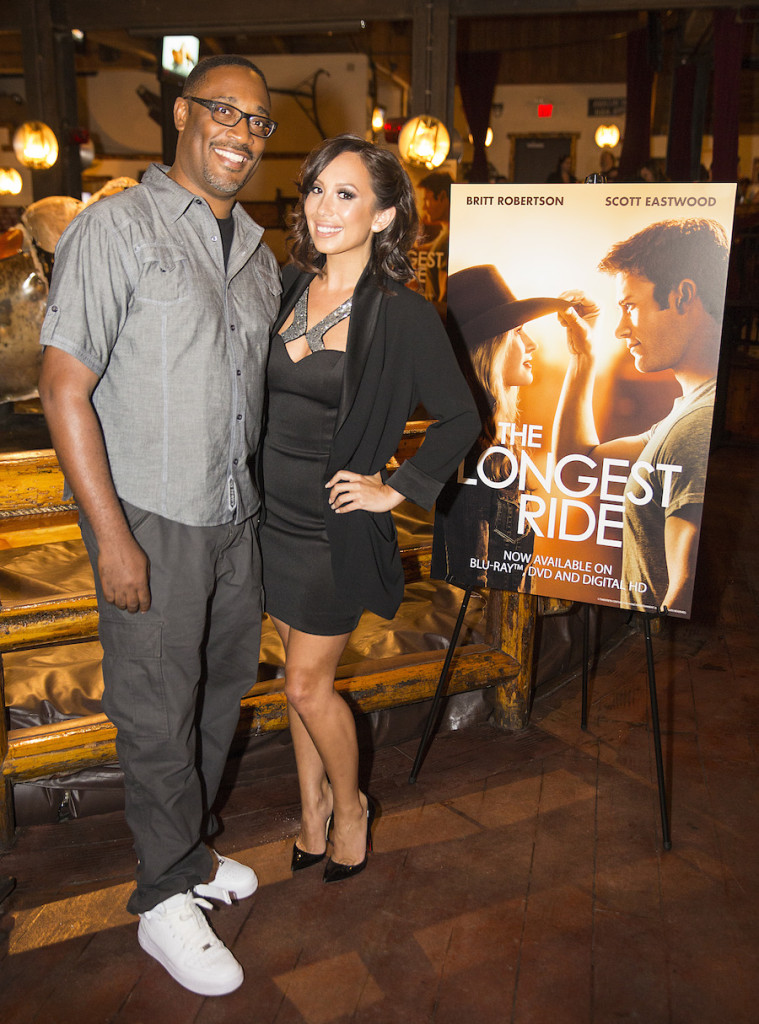 Burke, who was joined by Big Brother alums Jeff Schroeder and Jordan Lloyd,  was seen chatting with guests about her show, I Can Do That, that recently got picked up for a second season. The pair had a big night of party-hopping, starting their evening at Saddle Ranch. Jeff and Jordan were seen mingling with guests and chatting about upcoming projects. Jeff shared stories of his past bull riding experience where he got to ride an actual bull, and later was seen giving party guests a lesson on proper bull riding form on Saddle Ranch’s mechanical bull.

Burke took home a copy of the DVD stating that she is a huge fan and was excited to re-watch the movie.  The Longest Ride, starring Scott Eastwood, is currently available on Digital HD, Blu-ray & DVD.

A DAY OF SUMMER CAMP FOR GROWN-UPS ON JULY 15: USDAN UNIVERSITY NOW OPEN FOR ENROLLMENT

ARENA Rocks It Out LIVE in NYC