You may know Annika Marks from her many different roles starring in ABC’s The Fosters, Paramount Network’s WACO and as the lead in the film Grace, to name a few. Annika’s talent goes far beyond acting, with every role she plays possibly more challenging than the last one. She was recently featured in the Pasadena Playhouse and Def West production of Our Town, in which her character required her to learn ASL in just a few weeks.

Aside from her acting career, Marks stays busy with her philanthropic work supporting kids in foster care, and has co-written and produced a web-series on water shortage in California. Read on to see how she tackles the challenge of fitting into different roles and what we can see of her in the future!

We will be seeing a lot more of you on two shows returning in June. Can you give us a brief impression of your characters on The Affair and Goliath?

Sure! On “The Affair” I play a woman named Abby, who’s in a lot of emotional pain and is seeking help from Alison. I’ve been a huge fan of “The Affair” from the very first episode. I admire the creators and writers so much for the material they give their actors, and the tremendous work their cast gets to do. I think it takes a lot of trust in your talent to write such rich scenes and allow them to play out without looking away, and they do that season after season. Ruth Wilson has blown me away with her heart wrenching work, so I was just thrilled to be able to work with her, and work on material that was just as complex as I dreamed it would be if I ever had the chance to work on that show.

And on “Goliath” I play a woman named Mary Roman, who is married to Keith Roman, played by Dominic Fumusa. He’s a detective who gets involved in a situation that gets out of hand, and Mary is trying to make sense of her world as it’s shifting underneath her. I loved working on this show. The first season was fantastic, and I think this season will be even more so. I met director Dennie Gordon on “Waco”, the Paramount Network mini-series, and I’m so lucky she thought of me for this role. It’s such a stellar group of artists and I feel incredibly fortunate to be a part of this season. 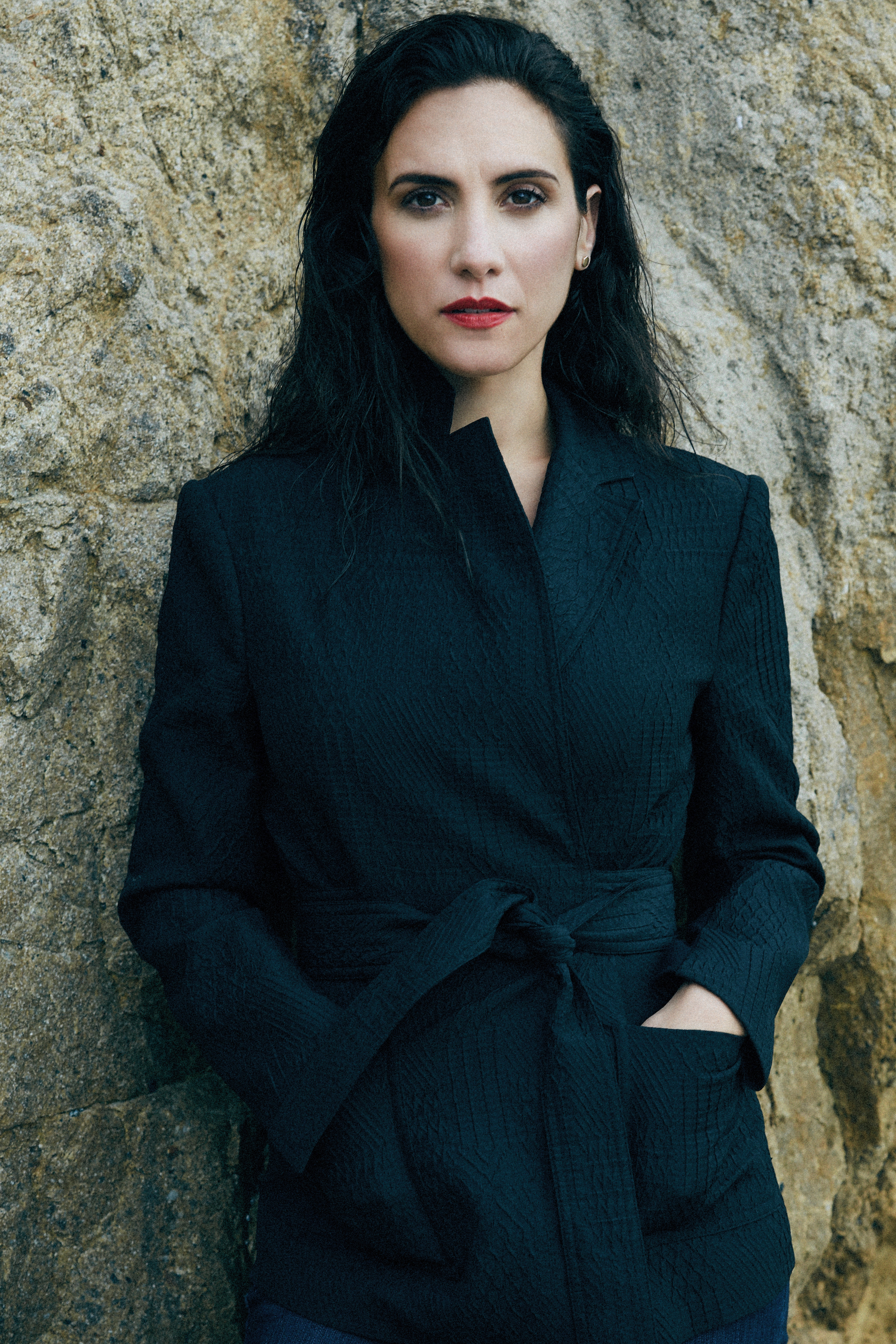 You’ve played a number of different roles, including an LGBT woman, an alcoholic, and a parent of a mentally ill daughter. Do you ever find it challenging to fit into a role?

I moved a lot as a kid, and what I learned from trying to fit into new schools in new communities has become a big part of the way I approach my work. In my opinion, in the most significant ways, people are essentially the same. Affects and accents and style are different. But at the core, the human condition is less complicated than we pretend it is, and as long as you tell the truth everyone can relate to it. When picking up a new character, of course their circumstances are unique, and I think being specific is at the core of good acting, so understanding their circumstances becomes my foundation, but I have to find their humanity first, and that’s the thing I hold onto and build from. I think there are a million reasons why an actor can be wrong for a role, but they mostly have to do with the superficial, not the heart.

If you could choose any role to play in the future, what would it be?

I have a fantasy of playing Arkadina in “The Seagull” when I’m old enough. I worked on her when I was in conservatory at Circle in the Square, and I remember when they announced that for our final show we were doing “The Seagull”, and I was cast as Nina, which was of course thrilling. But deep down I’ve always known I was a better Arkadina than I would ever be a Nina, which has helped me maintain the belief that aging in this business can actually be a wonderful thing!

You co-wrote and produced a web-series about water shortage in California. How did you come up with that?

My best friend, Cerina Vincent and I were living together at the time. I was having drinks with a guy I was dating who told me about a very unfortunate habit he had as a teenager, where he would lock himself in the bathroom and run the water so no one would interrupt his “alone time”, and I gasped and said “oh my god, that’s a terrible waste of water! How many teenage boys are doing this as we speak!?” And I ran home and told Cerina and we came up with, that very night, all 6 PSA spots that we eventually shot for a campaign we called “Stay Filthy, Cali”. We called some of our closest friends to come play with us, and everyone that we asked jumped on board, including Bruce Campbell, because it was for a really great cause and it was a ridiculous amount of fun. 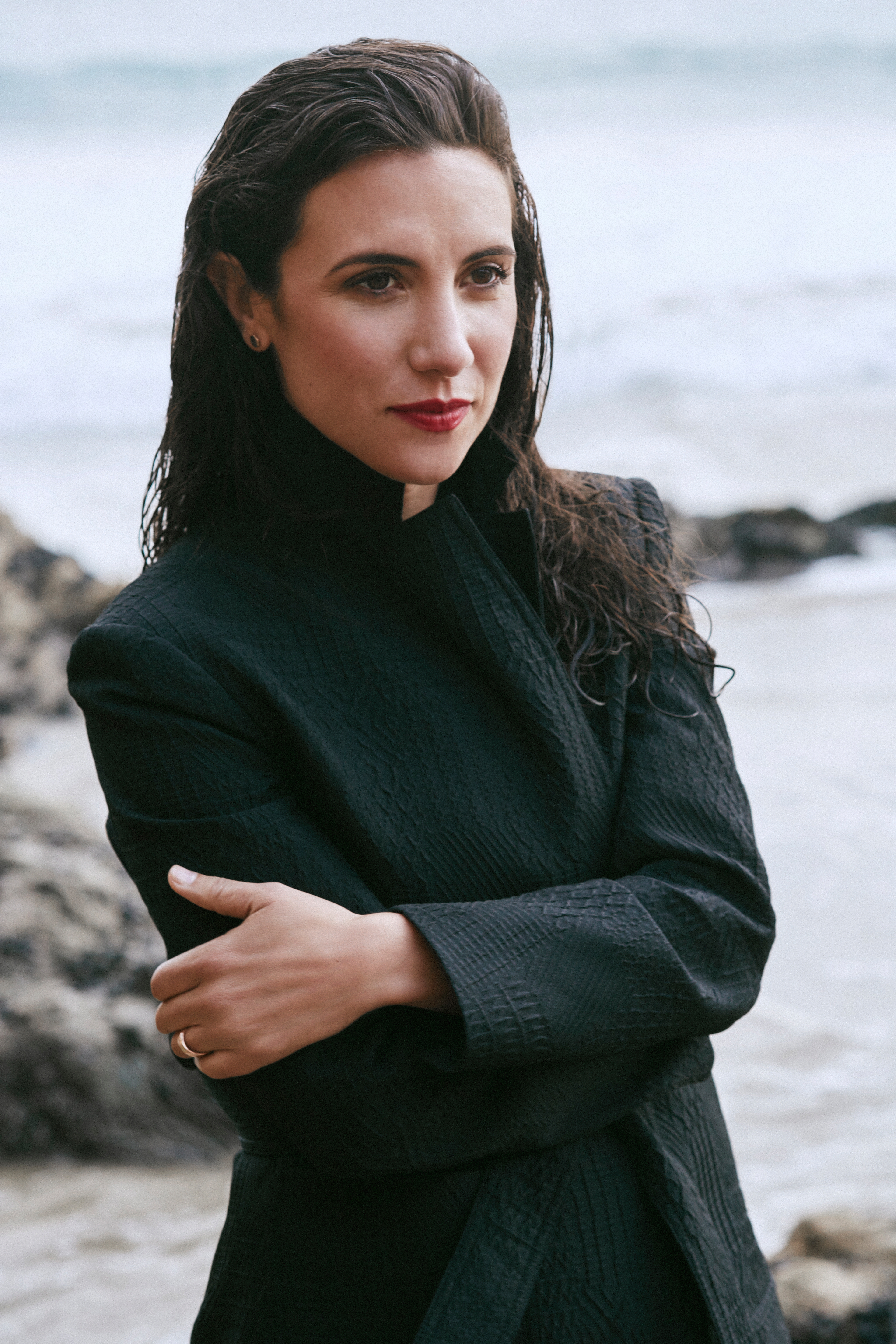 Can you tell us about the non-profit organization “Connect Our Kids” that you are an ambassador for?

They are an incredible organization that is developing cloud based technology that is essentially a family tree that can be used by the Foster Care system nationally to connect kids that enter the system with their relatives. There is exciting data from targeted case studies about what happens when you can locate enough distant relatives and make them aware that they have a family member in the system. With enough phone calls, you’re more likely than not to find someone who says they’d like to take the kid into their home – someone who may not have even known they exist, and who would never have a shot at connecting with the kid if not for this technology. I’m an advocate for Foster kids while they’re in the system, and for the ones that age out of the system and need assistance. I feel it’s a dark mark on us as a society, how many kids are in the system and how little we do to support them. Through another non-profit I’m involved with “A Sense of Home” I’ve learned so much about the realities of growing up in Foster care, and I think once you know, you can’t go back to being someone who looks the other way. I think we mostly look the other way out of ignorance, not heartlessness. The work “Connect our Kids” is doing can change countless lives very quickly if they get fully funded and I’m very proud to be supporting their effort.

You had to learn ASL in a short amount of time for your role in Our Town – how was that experience for you?

So challenging! I am a huge fan of “Deaf West” and the work they do. My husband and I had seen their “Spring Awakening” on Broadway a year or so before Pasadena Playhouse offered me a role in the “Our Town” production they were partnering with them on, and I jumped at the chance. Theatre that bridges the gap of multiple languages is especially moving to me, and I really wanted to be a part of something like that. And it was a tremendously beautiful experience with an amazing group of people, but it was one of the hardest things I’ve ever done. Learning how to sign in a matter of weeks, and then signing and speaking my role simultaneously was something that I wasn’t prepared for – and maybe that’s a good thing, because I might not have jumped in if I’d known how difficult it would be! But in the end, it was one of the most profound artistic experiences I have ever had and I wouldn’t trade it for the world.

Caroline Vazzana on How to Make it in Manhattan & more!