March marks the beginning of National Kidney Month—31 days dedicated to increasing awareness of kidney disease and raising money to fund research efforts. It is the brainchild of 16-year old Sydney Levine. She and her parents have been lobbying every single day for the past 12 years to save her brother and countless others suffering from Focal Segmental Glomerulosclerosis (FSGS) and Nephrotic Syndrome. One in every two Americans will battle chronic kidney disease in their lifetimes; FSGS and Nephrotic Syndrome are two of the most common and devastating kidney diseases.

First diagnosed at age 2, Matthew Levine—who turns 14 on March 31—has been battling a disease for most of his young life that has no known cause or cure. His parents, Michael and Dana, first realized something was wrong when their toddler son’s eyelids swelled up to the size of softballs and were almost 80 percent shut. After undergoing a blood test, which included checking his protein levels, the couple was given the news that their child was practically in kidney failure.

What followed next was six weeks of taking prednisone (a type of drug used in the treatment of a myriad of ailments) in the hopes it would help; unfortunately it wasn’t the answer. “The doctor thought he might have had nephrotic syndrome (a sign that the kidneys aren’t working properly),” says Dana. “In those weeks we just kept thinking there was no way he could have the worst case scenario they had laid out for us.” 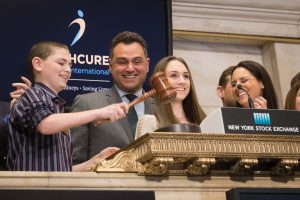 Despite the family’s hope, the treatment did not do what the doctors wished it would. A kidney biopsy later confirmed that Matthew had FSGS, a disease in which scar tissue develops on the part of the kidneys that filter waste from the blood (the glomeruli). In essence, none of the filtering units in Matthew’s kidneys were working; everything that goes into his body comes out.

FSGS is an extremely serious condition that can lead to kidney failure; the only options are dialysis or a kidney transplant. “Unfortunately, a transplant isn’t always the answer,” says Michael. “Fifty percent of the time, FSGS comes back in the transplanted kidney.”

For the past 10 years, the family, which also consists of 16-year-old daughter Sydney, has been working with NephCure Kidney International, the only organization dedicated to seeking the cause of these potentially debilitating kidney diseases, along with finding a cure. While the organization holds nearly 50 events around the country each year, the Levine’s host four of their own: A Texas Hold ‘Em Tournament, a golf outing, a dinner, and MARCHing to Awareness, an event created and run entirely by Sydney. 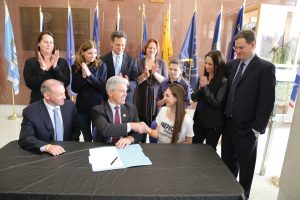 The campaign, which lasts the entire month of March, consists of daily posts on Sydney’s social media channels, from a child’s story or a photo, to a fundraiser. Her goal: To spread the message and raise awareness. This is something the big sister has been doing from the time she was a young girl. “Once I was able to really understand what was happening, I wanted to help in any way I could,” says Sydney. “I will do anything I can for my brother; even giving him one of my kidneys if he needs it.”

In 2015, she ran a campaign on Instagram with the hashtag #StandUpAndBeCounted, in which a SUBC selfie was taken and posted each day. “All of my friends took part in it,” says Sydney. “They’ve been extremely supportive.” They also show their unity each year at the NephCure Walk on Long Island where Sydney says she has the largest team by far.

She’s been written up in Newsday for her tireless efforts to help her brother and all of those affected by the disease. She has also spoken in front of the Suffolk county legislature on multiple occasions, rang the opening bell at the New York Stock Exchange, and even got a bill passed declaring March the official month of kidney awareness in Suffolk county. 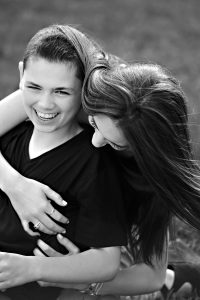 This month, Sydney and her family continue with their MARCHing to Awareness campaign, and plan to add some new elements to ensure a buzz on social media.

It’s now been 12 years since Matthew was first diagnosed, and after trying every trial drug available, the Levine family says there is nothing left to try at this time. “This is what makes it scary,” says Dana. “We now live our lives day by day. We get through the bad days and enjoy every good day to the fullest because we don’t know what tomorrow will bring.”

While advancements have been made, progress has been slow. That’s why the family is passionate about not only helping Matthew and saving his kidneys, but also to touch the lives of all those battling FSGS and Nephrotic Syndrome around the globe.

Summer’s Winding Down, But You Can Get Wound Up with These Fab Cocktails