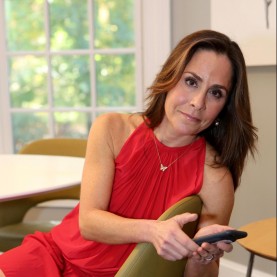 Hi, I'm Laurie Wolk. First, a little about me and why I do what I do: I was born in Westchester, New York, and by all appearances, I was a young girl who had it together. I appeared confident and successful in anything I put my mind to. I went to college, built a high profile career in the media industry, got married, and had children. Then I had a daughter. The second I heard “It’s a girl,” I decided that I needed to build a “better me,” because of her. Yet, I had no idea how to do this. It was then I realized that despite all the outward signs that I “had it together,” on the inside my confidence wasn’t built on a solid foundation. Since I was a child, I’d had the feeling that I wasn’t enough. I had the outside appearance and trappings of a confident girl, but deep inside I never really believed the feedback the universe was giving me. I spent so much time outwardly focused – trying to please and impress others with my academic achievements, athletic abilities, physical appearance, and ladylike social skills – that I never spent much time looking inward. I had no idea how to build confidence from the inside. So I went back to school and got a coaching degree and became a Senior Educator at the Girls Leadership Institute. I attended countless classes and conferences and poured over parenting and confidence theory books into the wee hours of the night. And then the world of iPhones, Instagram, Netflix, and Snapchat came a-knockin’. I soon realized that there was a paradigm shift happening in the adolescent world, and nobody was proactively addressing its impact on our girls. Sure there were lots of doom and gloom conversations being had, but nobody was addressing how to talk with girls about the negative (and positive) effects the screens were having on them. We needed to build back into our girls’ lives the “real life” skills they weren’t organically learning due to social media: communication, empathy, gratitude, and leadership. That was my lightbulb moment! I feverishly went to work writing a book that became #1 on Amazon, developing a curriculum for parents and creating The Sparkle Society that would give parents and girls the tools they need to build confident girls in the digital age. As an educator, author, and certified life coach, I see firsthand what your lives look and feel like. It was my own life too before I chose to take the reins. I am in the trenches with you, maybe a step or two ahead, and that is exactly where you want your guide to be. “You have to live it to give it,” my mentor Martha Beck always says. So dear visitor, let’s live it with confidence and kindness so that we can give it to our daughters.

Last Wednesday, thousands of students got up and walked out of their classrooms. They spent 17 minutes outside, one minute for each of the…

Self-esteem is basically how good you feel about yourself, right? The exact definition is “confidence in one’s own worth or abilities.” But how good… 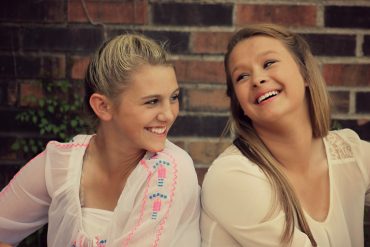 Ever stop yourself halfway through the sentence, “When I was your age…”? You may think your girls will roll their eyes (and okay, they…

The Power Of Pause I am always in a rush. Always trying to squeeze one more thing into each day, hour and minute. But… 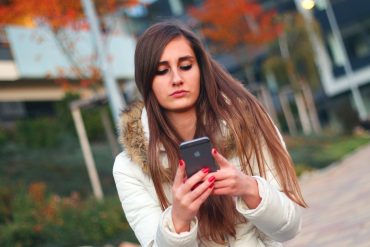 Yes, we’re all obsessed with our phones. And yes, I want to help you stop the social media madness! We and our kids are…