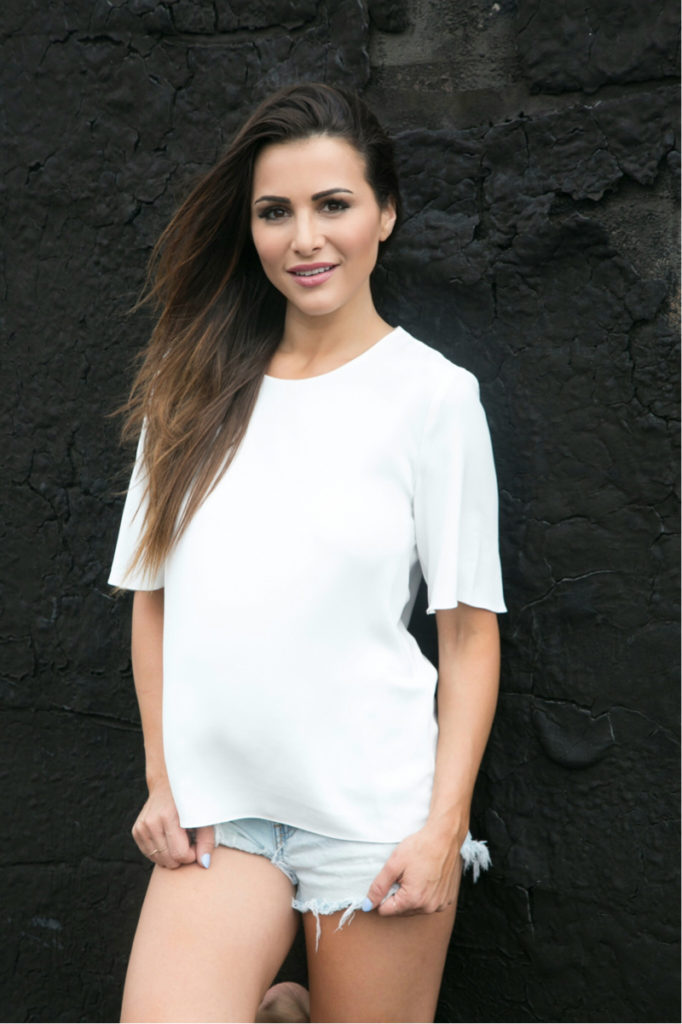 Week after week viewers of the “Bachelor” and “Bachelorette” franchise are privy to an hour’s worth of romance, drama, and the possibility of love. Up until now little is known about what goes on behind the mansion’s closed doors  but with the release of former alumni Andi Dorfman’s new book, “It’s Not OK. Turning Heartbreak into Happily Ever After”, readers will get a revealing look at the reality behind her “Bachelor/Bachelorette” romances with a candid account of not only her time on the shows but her engagement and the subsequent breakup.

“The book was born out of a diary”, says Dorfman. “I started writing the journal because of the very public break-up I was going through.”

The first- time author doesn’t hold back; she’s open and honest about her feelings, even admitting to feeling like a “failure” over her broken engagement. “When I looked back at what I had journaled I realized it’s no different than the girl-next door to me going through a breakup, yet no one ever talks about it so this became a kind of unintentional, lets commiserate kind of project,” she says.

Dorfman sat down with BELLA New York, to share her feelings on love, relationships, moving forward, and embracing new opportunities.

You signed onto the “Bachelor” in season 14 with the help of some friends (who urged you to go to the casting). When you found out you had been chosen what thoughts went through your mind?

AD: I had never seen the show before but knew what it was. I went in completely naive – I had no idea about reality television. I thought this could be fun; I could fall in love, get to travel the world, meet some people and go to interesting places and kind of have this little adventure.

When you first accepted did you believe in the notion that love can be found in such a setting?

AD: I did think I could fall in love at first (that could have been me being a little naive) but I believe that if you meet the right person then the circumstance surrounding how don’t really matter. I think people meet each other in the rarest of circumstance so why not reality TV.

You left the Bachelor on you own terms – what prompted you to accept the network’s invitation for the Bachelorette?

AD: The first experience didn’t sour me at all and when you look at the odds you can’t expect it to work out otherwise you are going to be sorely disappointed, unless you’re that one person in the end. It goes back to being open to meeting someone in the most extraordinary of circumstances. I had the opportunity to be matched with 25 guys that had been handpicked for me and it was an opportunity I couldn’t pass up.

The heartbreak you experienced led you to write your book and share with the world your personal story. Up until now you’ve kept the details private; what prompted you to open up?

AD: I think everyone has their own time frame of when they’re ready to talk and for me I was ready to rid some of the shame and embarrassment that we often feel when it comes to a breakup. We see on social media the perfect posts, and these perfect bodies, but that’s not the world we live in so this is my way of saying I’ve been there, I’ve done that, and you’re not alone.

Having gone through all the emotions when it first happened how was it for you to re-live that time while writing the book? / Would you say it was a cathartic experience?

AD: Definitely! I had written the diary entries while I was going through the breakup, but when I was actually writing the book I would go back and re-read those entries. Even six months later I would find myself at 2am reading the entries with tears streaming down my face. But it allowed me to purge myself of those toxic emotions and to see in my own words how I went from thinking, “Oh my life is over” to now being in New York and realizing the breakup wasn’t the end. There’s no greater way to put things into perspective then to see yourself in the past. 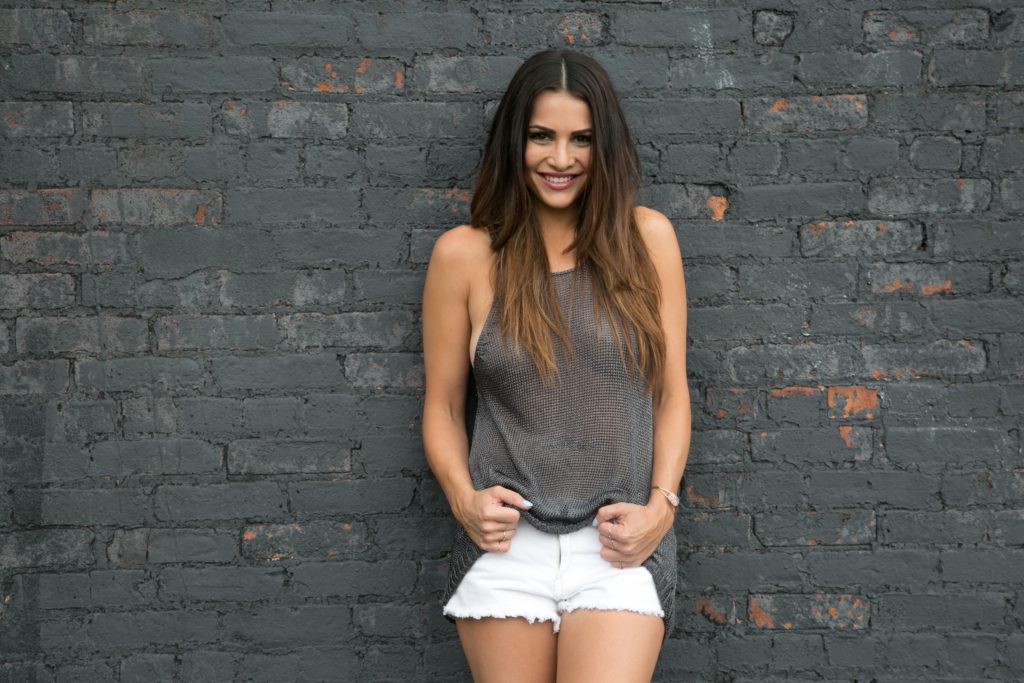 In the book you talk about certain signs and traits that your ex (Josh Murray) exhibited once the cameras were gone and you settled into the relationship. Do you think if the two of you had met outside of such a situation you would have seen those signs sooner than you did?

AD: I do.  That’s the thing with the show – it’s a catch 22. On one hand you have this setting that creates a bubble around you. It gives you the chance to have some of the most romantic moments of your life– you can’t not feel happy when you’re in helicopters, enjoying private concerts, dancing in front of palaces in France. I think naturally when you’re surrounded by all good things you put the person and the relationship on a pedestal. Now on the other hand, while it’s great the show allows you to have those moments, it’s not reality, and when you take away the glamour the pedestal starts to be lowered and you see the real side of the relationship.

Since viewers only see the glamourous side of what’s happening on the show it was interesting to read that not everything is the way it appears. In the book you describe the rose ceremony on your first night of the Bachelor – were there other times on either season where you asked yourself, “Why am I doing this?”

AD: Oh for sure! Viewers see the glamorous moments but what no one realizes is we’re cut off from the outside world. You’re in this world with producers and other contestants with motives different than yours. Plus it’s exhausting, especially when you’re the lead. There’s a lot that goes on before and even after the dates –you have to be present both physically and mentally, giving the guys the attention they deserve and giving the show your all. I’ve never slept less in my life!

In looking back now on all that you went through, what advice would you give to someone going through the same experience?

AD: The main thing I would say is just have fun and enjoy i. There’s no guarantee that it’s going to work out but the last thing you want to do is look back on this amazing opportunity and regret it. Don’t put too much pressure on finding a husband, it’s really out of your control. The only guarantee is that you get the opportunity so embrace it and enjoy it.

What’s the biggest lesson you took away from all of this?

AD: I learned a lot about myself and other people, but the biggest lesson I’d say is that life is unpredictable. I came from a world of structure and control and taking this leap of faith, and seeing how much it’s changed my life, and how I view people made me realize life has a funny way of giving you some twists and turns but just embrace them.

After going through a painful breakup has your views on dating and relationships changed?

AD: I’ll always look at my engagement as a broken engagement – it’s not easy for me to say and I hate saying that when anyone asks. That doesn’t mean I am going to be damaged by it; I whole heartedly believe in love.

Do you have any regrets about doing the show?

AD: I have regrets on the show but I don’t have any about doing the show. I got to do something that not many women have had the chance to do – I traveled the world, got to fall in love, and met people that are some of my friends for life. Even though it didn’t work out for me I got to be part of something pretty amazing. You have to look at the experience and see the positive in it.

As part of your healing process you took a leap of faith and made a fresh start in a new city – were those around you supportive of your decision?

Now that you’ve been in NYC for a bit does it feel like home?

AD: I’ve been here a little over a year and it definitely feels like home; it’s where I feel the happiest. I try and go back to Atlanta often to visit family and friends and when I go there I feel like a visitor. Anywhere I go, I can’t wait to get back to NYC.

What do you enjoy most about living in NYC?

AD: I love the vibe and the energy; it’s so magnetic. You can go anywhere in the world but you can’t replicate the vibe of NYC.  I love watching the sunset over the Brooklyn Bridge, running along the West Side Highway, the restaurants, the culture, there’s so much to do. I might have lost in the love department but at least I won in the location department.

Now that your book is out what do you see next for yourself?

AD: Through this whole process I found a passion for writing. Before this the only writing I’d done were legal briefs. I love the whole process – how cathartic it can be and the purging of different emotions. I’d love to write a second book so let’s just say a sequel would not be out of the question.