BELLA New York is honored to debut country music star Cole Swindell’s brand new bonus video for “Up,” off of his sophomore album, “You Should Be Here” which was just released on May 6th.

Named a top new country artist by Billboard in 2015, Swindell has toured with some of the biggest names in the business along with collaborating on this new album with superstar Dierks Bentley.“You Should Be Here” follows up his self-titled debut album in 2014 which sold 4.1 million tracks and featured four chart-topping singles. Swindell is well on his way to making history again for himself; his first video for his song of the same name has received over 17 million views and is already number one on the country music charts. Within hours of it’s debut fans were sharing their own personal stories via Twitter and Facebook.

Swindell’s new album features beautiful, heartfelt music, giving fans a combination of heartbreaking ballads along with the fun and upbeat songs we’ve come to expect from this talented new artist who’s not only made a name for himself in this genre but is clearly here to stay. 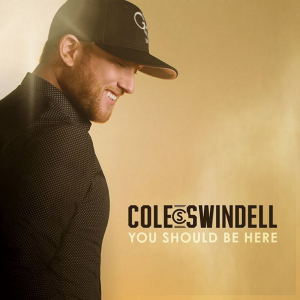 You can purchase Cole’s new album, “You Should Be Here,” on iTunes. You can also stream the album in full on Spotify.
Tags from the story
#Country, #Nashville, #Up, #YouShouldBeHere, Cole Swindell
0
Facebook Twitter Pinterest
Google + LinkedIn Email