New season, new influencers. From a leading jewelry designer to one of the top executive chefs in New York City, here are seven must-know people for the year ahead. Like the 7 Wonders of the World, our influencers come from around the globe; from India to New York City, from Southampton to L.A., and from Mexico to the South of France. 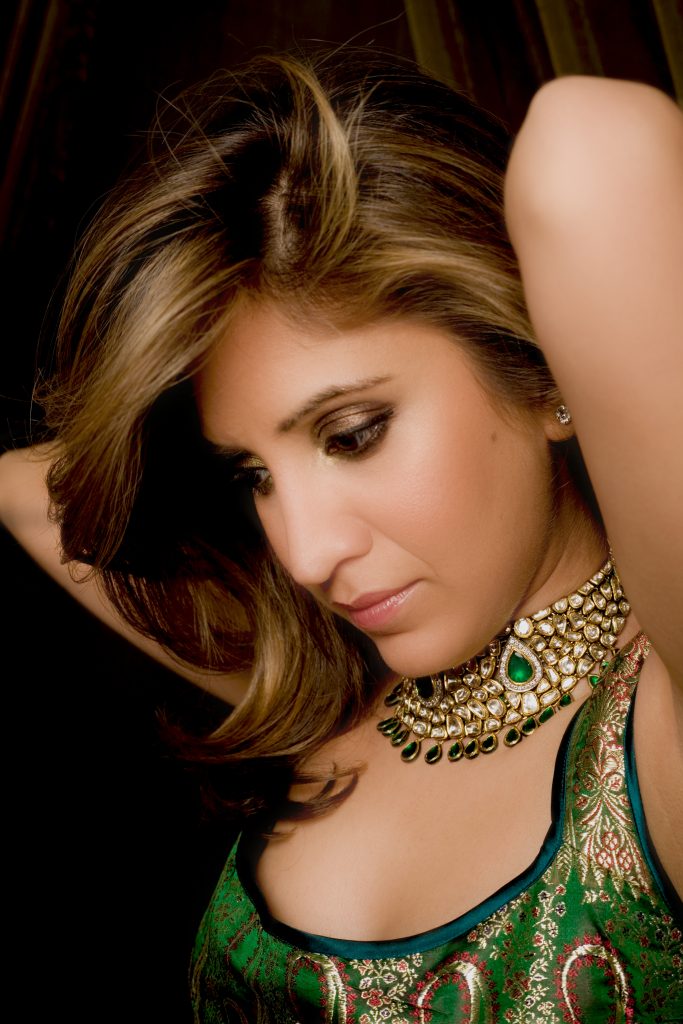 Trained by the best in the field, Amrita graduated from New York’s Fashion Institute of Technology (FIT) and also completed the prestigious two-year executive training program at Bergdorf Goodman in New York City. She has worked with world-renowned designers including Oscar de la Renta and Christian Lacroix. Her achievements were also recognized by her fellow designers when Amrita was nominated by FGI (Fashion Group International) for the Rising Star Award in the Fine Jewelry Category in 2006, 2007 and 2008.

Amrita is also an avid traveler, which is reflected in her intricate Indian inspired designs, Amrita draws upon the designs of India and the Mughal dynasty to create breathtaking jewelry and accessories. www.amritasingh.com 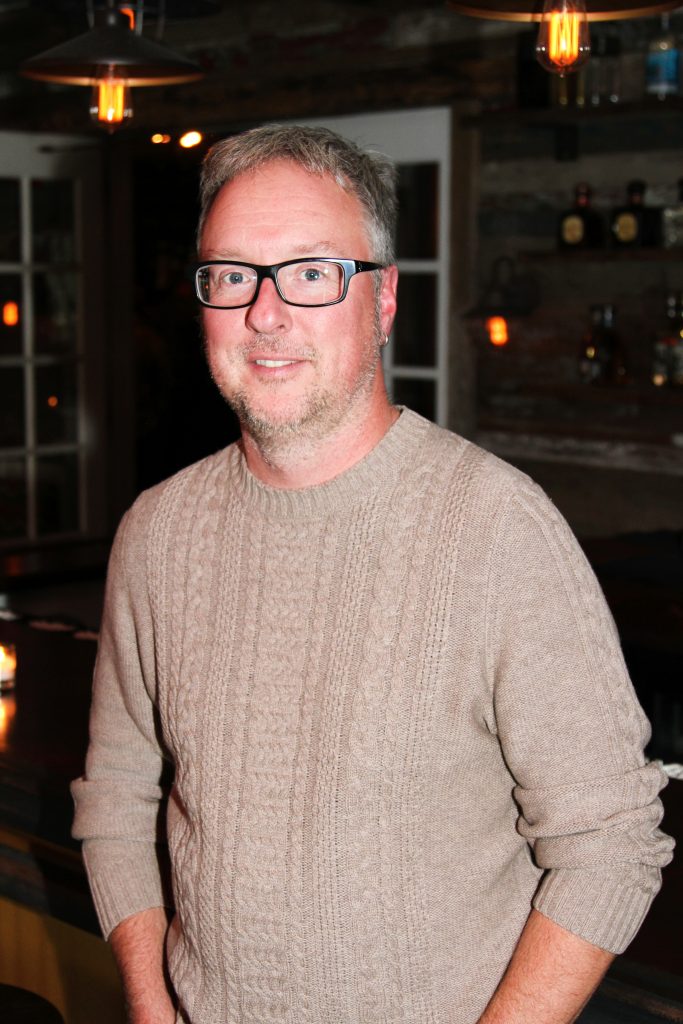 Restaurateur Ian Duke first came out to Southampton to open Southampton Social Club and fell in love with the natural beauty and the drastically different pace from hectic New York City. Ian recharges his batteries enjoying a motorcycle ride out to the lighthouse or a run down award winning Coopers Beach.

Duke lives in East Quogue with his wife and pet dogs and has been involved in the restaurant industry one way or another since the age of 12. He is currently a partner in no fewer than 6 restaurants, one of them being Southampton’s new Mexican restaurant Union Cantina, which offers innovative takes on classical dishes such as the signature Deconstructed Enchilada. When Ian is not busy running his restaurants, he enjoys his beloved NY Mets, NY Giants and a good steak, with a better Manhattan and great friends! www.unioncantina.net

First time competitor to the Rallye Aïcha des Gazelles du Maroc, the only international off-road Rallye race for women, model Kiera Chaplin has graced covers and pages of many fashion and gossip magazines worldwide.  This young lady is genuine “Hollywood Royalty,” with a grade “A” artistic DNA heritage, as a granddaughter of film legend Charlie Chaplin and Oona O’Neill, and a great-granddaughter of Pulitzer and Nobel Prize winning playwright Eugene O’Neill.

Kiera Chaplin has starred in a number of movies such as “The Importance of Being Ernest” featuring Reese Witherspoon, Ruppert Everett, Judy Dench and Colin Firth. She has also appeared in “The Year that Trembled” directed by Jay Craven, “Japan” featuring Peter Fonda, and “Chaurahen” directed by Rajshree Ojha. Her most recent movie was “Interno Giorno”, directed by Tommaso Rossellini, which also stars the great actress Fanny Ardant. 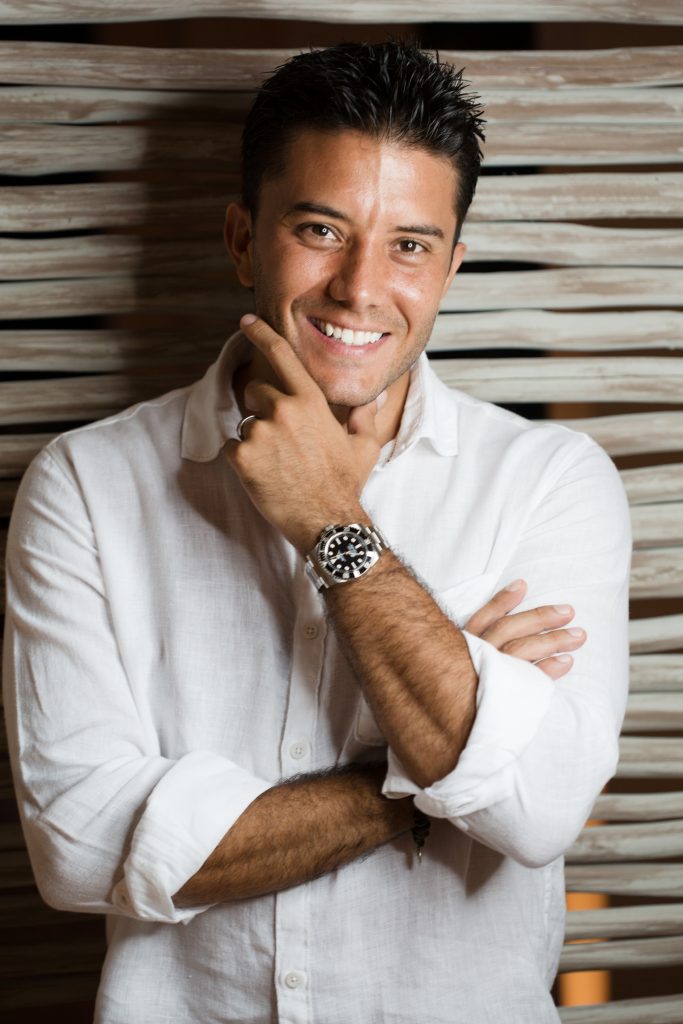 Carlos Orozco is the Managing Director of luxury Mexican resort Mayakoba Residences. Carlos knew early on that he wanted to pursuea career in luxury real estate development, and graduated from Instituto Tecnológico y de Estudios Superiores de Occidente, A.C. with a degree in Industrial Engineering, before embarking on a marketing- and development career in the high end resort industry. He has held his current position since 2011 and resides in picturesque Playa del Carmen with his wife and children. In his spare time he likes to go Go Karting or ride his motorcycle along the beautiful coastline.

The Mayakoba Residences are set on 240 hectares of jungle and tropical mangroves bordering the white sand beaches of the Mexican Caribbean. Its natural beauty is the inspiration for the most exclusive and private resort destination on the coveted Riviera Maya. Mayakoba Residences is a celebration of luxury embracing nature. www.mayakobaresidences.com

The Parisian-born, Italian-raised Chef Franck Deletrain has a deft hand with sophisticated French cuisine.  As Executive Chef of Brasserie 8 ½, he presents menus that are light, refined, and delicious. Chef Deletrain’s resumé is a gastronomic who’s who of leading Manhattan restaurants, including the Four Seasons, the Sea Grill, Tropica, Café Centro, and Aretsky’s Patroon, where he earned three stars from The New York Times.

Chef Deletrain’s culinary excellence has resulted in several TV appearances over the years, including Dr. Ruth, CBS 2, and Martha Stewart. Chef Deletrain teaches L’Atelier de 8 ½ cooking classes at Brasserie 8 ½ where attendees learn how to whisk, toss, sauté, and glaze their way through the classics of French cuisine. After having mastered a menu, it is enjoyed over lunch together with a selection of French wines. Classes are limited to 12 people in order to keep each one an easy, fun, and hands-on workshop. www.brasserie812.com

Maia Neumann and Daniela Devitt are  co-founders and creators of Good Design award-winning product Yumbox, which through its design promotes nutritionally balanced and portion controlled meals.

Maia Neumann has a long track record of growing and supporting successful children’s brands through her work at Sesame Workshop, United Media and Scholastic. Long time New Yorker, she moved to Europe over a decade ago, where she experienced first-hand the French’s methodology of feeding young children, which influenced the creation and design of Yumbox. As an expat mom living in France she brings awareness of healthy eating to the Yumbox community.

Daniela Devitt has a background managing children’s entertainment, character licensing, as well as product and brand development for many years in New York. Daniela’s passion for cooking and healthy eating is rooted in her Italian heritage and experiences working and living in Europe. Daniela and Maia met in the licensing industry and established a friendship recognizing the creativity and can-do attitude in each other. Their entrepreneurial outlook coupled with the new challenges of motherhood led them to the creation of Yumbox. Daniela enjoys putting her professional and personal experiences to use daily, sharing Yumbox and healthy eating solutions with families around the world.

Maia and her Yumbox co-founder Daniela are both proponents of the Mediterranean diet which reinforces moderation and balance. Their hope is that Yumbox will help kids to easily integrate those concepts into their lifestyle. Inspiration came from the French school lunches served to Maia’s kids daily. The emphasis in France is on balance, variety, taste and nutrition. Yumbox was dreamed up to allow us all to replicate that same balance and nutrition for our kids, regardless of where we live. www.yumboxlunch.com

Randy Zelin is a leading trial attorney with a concentration in complex civil litigation matters.  Randy has been named a New York Super Lawyer in consecutive years from 2011 through 2016, and has over 25 years of experience defending individual and corporate clients in both State and Federal Courts across the United States. A former prosecutor, Zelin has represented many forms of business organizations, boards of directors, special committees, professionals and individuals in all aspects of criminal, regulatory, self-regulatory and civil matters, including, frauds related to securities, banking, tax, customs, bankruptcy and insurance to name a few. Zelin is a true trial lawyer, having built his career trying complex fraud and business crime cases.

Trying to be adorably perfect all the time

Not Your Mama’s Pre-Theater Dinner