Ever since sitcoms and dramas first appeared on TV, people have fantasized about the towns where shows were supposedly set. Numerous cities and towns have garnered their “15 minutes of fame” via TV shows that depicted their overall character. Here are four inviting TV tourist cities. This sitcom which portrays the trials and tribulations of two waitresses is set in the Williamsburg section of Brooklyn, an iconic neighborhood known to boast a vibrant, creative spirit. Over the last 25 years, Williamsburg has become the epicenter of Brooklyn, and its streets are lined with curio shops, rooftop bars and innovative restaurants serving any food imaginable. Participate in a Happy Hour Beer Crawl. Vintage clothing and classic records shops abound. The New York Distilling Company offers free tastings and tours on weekends. Waterfront flea markets attract hordes of visitors. The Brooklyn Bowl, a popular attraction, is a combination bowling alley, dance club and performance venue. 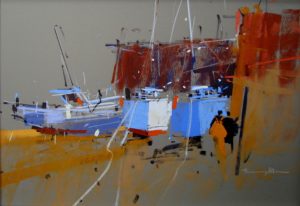 The Simpsons’ creator Matt Groening has revealed the cartoon’s setting is inspired by Springfield, Oregon. The city has taken full advantage of its association to one of TV’s longest running shows by offering numerous Simpsons features, including a Springfield Horseman’s Statue and Moe’s Tavern. But don’t confine yourself to an exclusive tour of The Simpsons. Emerald Art Center, housed in a historic downtown building, shows local and national art, while history buffs can explore the free Springfield Museum which offers rotating exhibits that illustrate the development of the city. The water enthusiast will be pleased to know that more than 200 miles of rivers all converge near Springfield.

Incredibly attractive lifeguards rescue swimmers throughout this drama series. An enclave for eclectic artists, this beachfront community on the west side of Los Angeles is a tourist magnet attracting 15 million visitors each year. Here you’ll find fortune tellers, vendors, jugglers and body builders. Take advantage of its beautiful sandy beaches by swimming, surfing or tossing a Frisbee. Stroll the Boardwalk and sample funnel cake, or try your luck at one of the games of chance. Visit the Venice Canal Historic District, noteworthy for its man-made canals built in 1905. Indulge yourself for lunch at a cozy cafe and enjoy the constant stream of colorful characters. 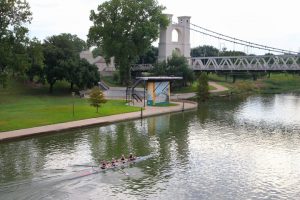 Waco is much more than a town where design experts turn old houses into new ones. Waco’s Cultural District contains museums, art galleries, public art, performance venues, and restaurants and bars serving locally produced food, wine, beer and even award-winning whisky. Take in the beauty of the region from the air with an exciting BlueSky Helicopter Tour that takes guests over Brazos River and historic bridges from the early 1800’s joining the north and south sides of the city. The Waco Riverwalk winds for five scenic miles along both banks of the Brazos River, connecting several downtown attractions. Indian Springs Park is home to several annual festivals and events, all of which are designed with the tourist in mind and hosted by the town’s very friendly residents.

All Eyes on Her: Multi-Talented Superstar Kat Graham Wants to Change The World